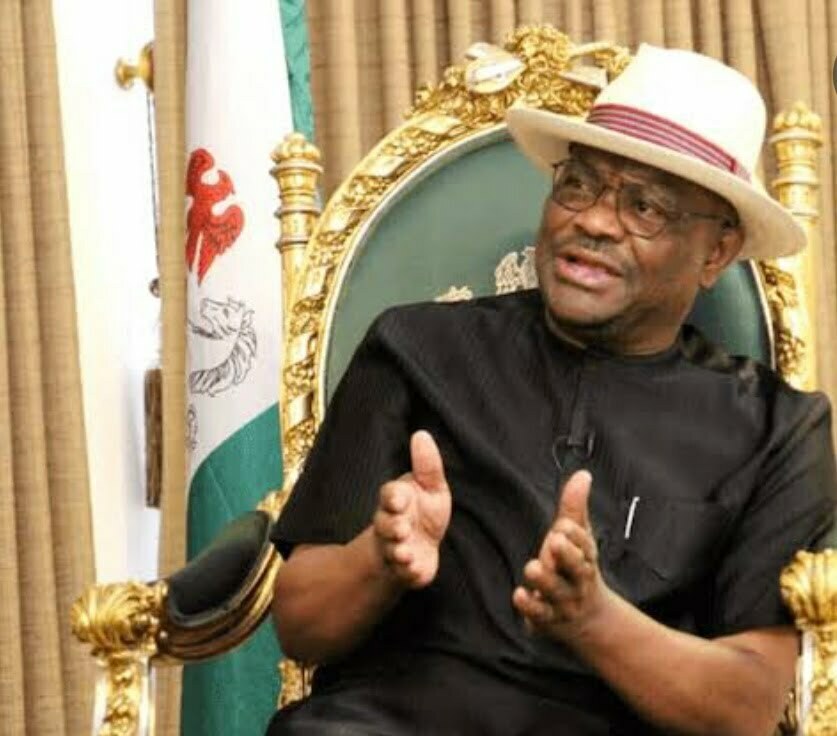 The Dream Nigeria Initiative, an Abuja-based civil society organization, has complained that former Transport Minister Rotimi Amaechi has been the victim of a judicial rascality orchestrated by Governor Nyesom Wike.

The group’s Acting Executive Director, Mr. Dike Aguonye made this known in a statement sent to journalists on Wednesday, June 1, 2022.

According to him, the recent ruling of the Supreme Court has vindicated Amaechi.

The Supreme Court had last Friday dismissed Amaechi’s appeal to stop his probe over an alleged N96 billion fraud.

The apex court, however, stated that although all the prayers of the former minister were dismissed, the 6th one was determined.

Dr Agunoye said: “Among the several issues for determination, Amaechi asked the court to determine whether the judicial commission of inquiry can competently investigate and probe him.

“But in their decision, the respected seven-member apex court panel held that the two lower courts were right in their pronouncement that the commission of inquiry has the right to investigate and probe the appellant.

“The court noted, however, that the panel is not an adjudicatory body and so does not try or determine disputes as to any rights or obligations of liabilities.

“So indirectly, the court judgment said Amaechi did not sell any gas turbine as alleged or any other valuable asset of Rivers state in the report. Rather, it was found that the Government of Rivers State owned a company called First Independent Power Limited through which the state developed and operated four gas-powered plants in Afam, Eleme, Omoku, and Trans-Amadi, Port Harcourt. The gas turbines reportedly sold are integral parts of gas-powered plants.

”It was also discovered that for operational efficiency, the government under the administration of Rt. Hon. Amaechi, decided to sell controlling shares in First Independent Power Limited to an operator. This was the transaction mischievously misrepresented as sale of gas turbines by the judicial panel who ought to investigate but decided to indict without any known law to back their operations.

“On the alleged withdrawals from the US dollar account belonging to government, leading to the allegation of N96 billion Naira fraud, the Wike government deliberately withheld part of the information in order to deceive the unsuspecting public.

“While the government has shown the state’s US dollar account where money was withdrawn from, the government mischievously refused to report that there was a corresponding naira account belonging to the State Government where the proceeds of the foreign currency withdrawn was exchanged and paid into.”

Regarding the implications of the Omereji Panel report and the Rivers government white paper on Amaechi, he said a similar matter had occurred in Ekiti state in the past.

He added: “The Supreme Court in April 2019 in a case relying on the Report of the Oyewole Panel established that the indictment of Fayemi by the Oyewole Panel could not constitute a trial or bar him from participating in an election.

”The case decided that only a conviction by a competent court of law can bar any aspirant from participating in a primary or a general election but not a mere indictment by a panel.

”The Supreme Court also reemphasized this position in the Amaechi case that a commission of Inquiry is a fact-finding body, and its purpose is investigation to find or gather facts on any subject of inquiry. In doing so, it is not trying Rt. Hon. Amaechi or any person of any misconduct or crime, it does not engage in the trial of any person for anything.”

Lagos brings up alternatives as Okada ban takes off