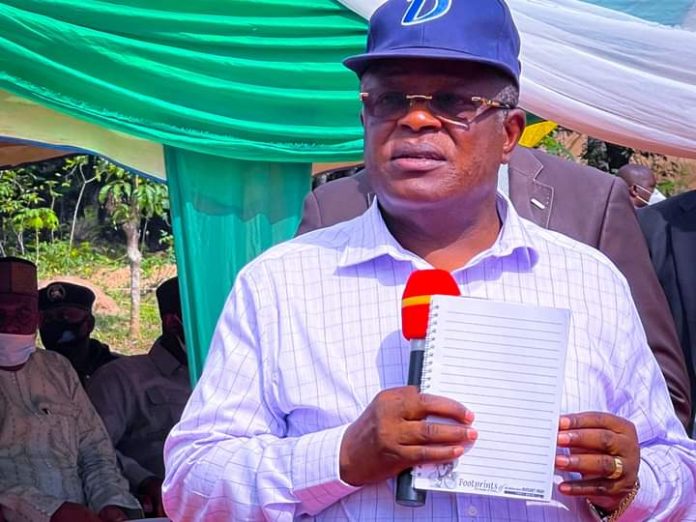 Governor David Nweze Umahi has appealed to the Ezzillo and Iyionu people in Ishielu Local Government Area of the State to sheath their sword and give peace a chance.

Governor Umahi made the appeal when he visited Ezzillo to ascertain the causes of the altercation between the two villages which has led to the loss of two lives.

He frowned at the situation where the youth took laws into their hands without recourse to the Government.

The Governor directed the youths to keep off the disputed land, charged them to avoid reprisal attacks in order not to further worsen the security situation in the area.

“I want the youth to remain in their localities, remain peaceful, do not come to block the expressway again and remember, do not go to the disputed land again. With the help of Father Nwali who is the Chairman of the committee, we will complete the demarcation of the disputed land in ten days”.