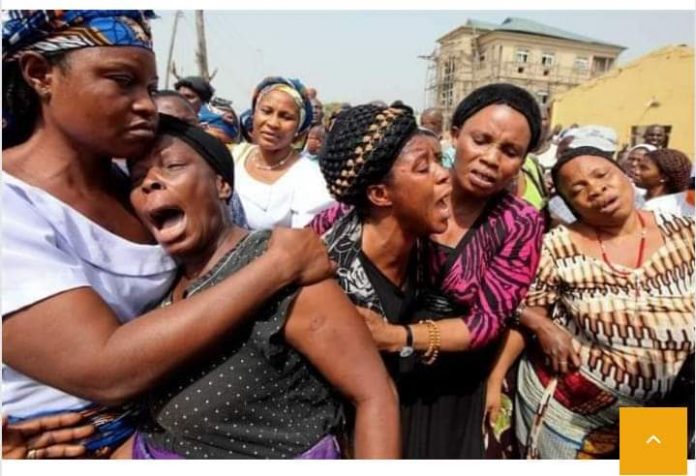 The Peoples Democratic Party (PDP) says the silence by the Buhari Presidency in the face of terrorist occupation, mass killings, kidnapping, acts of banditry and escalated insecurity enveloping all parts of our nation is ominous and further confirms President Muhammadu Buhari as a lame duck President.

The party laments that the decision by President Buhari to recede into the comfort and safety of Aso Presidential Villa and kept silent while the nation burns, had worsened the situation and emboldened terrorist elements to unleash more violence on our nation.

Due to the incompetence, divisiveness and insensitivity of the Buhari Presidency, violence, killings, bloodletting and a gripping reign of terror have seized all parts of our nation and there is no hope in sight.

It is a mark of failure that the Buhari Presidency and the APC appears unconcerned as terrorists and bandits take control of various parts of our country and even hoisted their flags in Shiroro, Niger state, a distance of about 200 kilometres to our Federal Capital Territory (FCT) Abuja.

The Buhari Presidency and the APC appear unperturbed and are only interested in their 2023 power grabbing plot while terrorists are having a field day plundering and murdering our compatriots on daily basis.

Our party has already been made aware of how the APC has been gaging its members from speaking out against the failure of the Buhari Presidency and the APC to tackle insecurity in our country.

Nigerians are invited to note how APC Senator Smart Adeyemi, who dared to speak out against the failure of the Buhari Presidency on the floor of the Senate, was reminded by Senator Remi Tinubu that he, Senator Adeyemi, is not a member of the PDP and as such should not show concern to the ugly situation in our country.

From the comment of Senator Tinubu, it is instructive to note that the APC and their leaders had turned their backs on Nigerians and that it is only the senators, members and other leaders elected on the platform of the PDP that are concerned about the plight of citizens at this critical time.

It is indeed unfortunate that our nation has found herself in this quagmire and misfortune of having a President such as President Buhari as well as a party like the APC whose divisiveness, incompetence and body language has wrecked our nation and brought us so much anguish and pain in the last six years.

Our party urges Nigerians not to resign to fear and despondency but brace up and work together as a people in the defence of our nation as the Buhari Presidency and the APC have shown that they are not committed to the security and wellbeing of our nation.