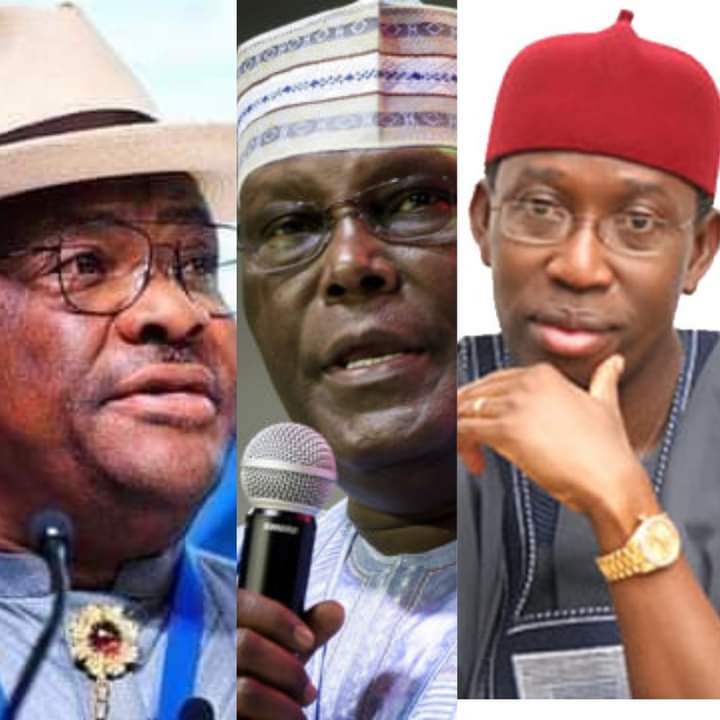 Governor Nyesom Wike of Rivers State has revealed that he was aware of the underground moves of the Delta State governor, Ifeanyi Okowa, to become the vice presidential candidate of the Peoples Democratic Party in the 2023 elections.

Speaking during a media chat on Friday, Wike said that though he was aware, he expected good sense to prevail in the party.

One of the journalists interviewing him, Gbenga Aruleba, pointed out that perhaps, he (Wike) had not been observing the patterns as Okowa was the only South South governor who didn’t buy a nomination form to vie for the presidency or a senatorial seat and that might have been a pointer to his undeclared ambition.

Wike responded, “That he (Atiku) was going to run with Okowa. That Okowa supported him. We were all aware. It is not that we didn’t see. Take for instance the United States of America, (Joe) Biden ran and the current vice president of America, Kamala Harris, gave Biden serious problem. When they wanted to pick the Vice President, Biden said this woman gave me serious problem, I cannot pick this woman, but those in Biden’s camp, who meant well for him told him, ‘If you want to win this election, you must pick Kamala Harris.’ And look at the support (for Biden) today.

“The problem with some of our leaders is that there are so many rent-seekers around them. They (rent-seekers) have not been in power for years. So they are all looking for how to bounce back. They are people who have no value to add.”