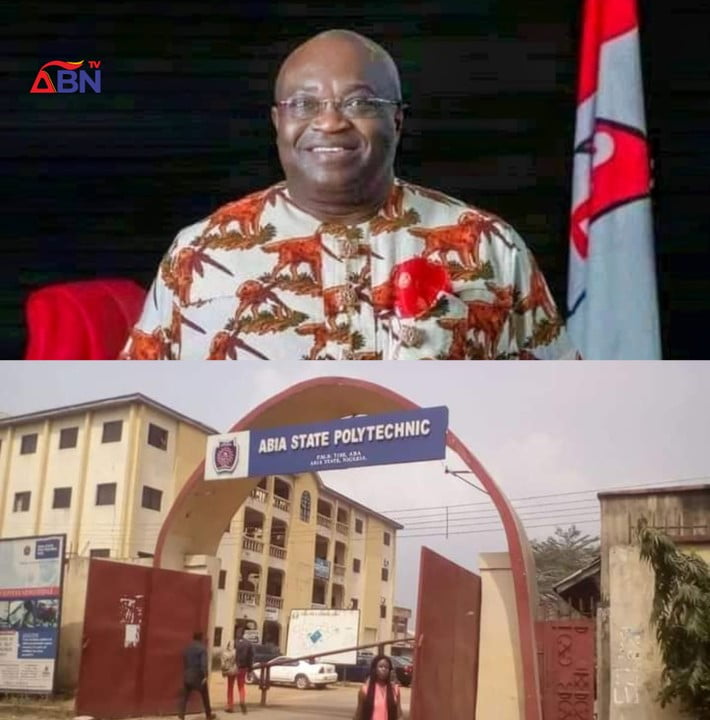 The government of Abia State has warned people it described as “mushroom political Parties and their infantile Candidates” against converting the recent loss of accreditation of the state-owned tertiary institution, Abia State Polytechnic Aba into a political tool.

The state government denied any infraction on the withdrawal of the accreditation of the Polytechnic by NBTE, saying it has expended billions of Naira since the commencement of the current administration in 2015.

Barr. Eze Chikamnayo, the state Commissioner for Information and Strategy also blamed the ineptitude of past management of the institution for the loss of accreditation.

In a statement on Friday, he said, “Government has been alerted of the unpatriotic activities and attempts by some mushroom political Parties and their infantile Candidates to convert the unfortunate, unwarranted and unprecedented action of the National Board of Technical Education, NBTE against our illustrious Institution, the Abia Polytechnic Aba, into a political instrument and basis for rascalism.

“For the avoidance of doubt, the recent action of the National Board for Technical Education (NBTE) against Abia State Polytechnic Aba, was not occasioned by Government’s inability to fulfil it’s financial obligations to the institution but by the dysfunctionality and ineptitude of successive Boards and Managements that have bedeviled Abia Poly.

“Specifically,,between 2015 and now, over a period of about 78 months of the lifespan of Governor Okezie Victor Ikpeazu’s visionary and education-friendly administration, a total of over Seven Billion, one hundred and forty-seven million have been remitted to Abia Poly by Government. This does not include the monies collected as School Fees, Caution Fees, sundry levies and other internal revenue generated by the School and expended without any recourse whatsoever to the State Government .

“Therefore, if the Board and Management of Abia State Polytechnic is owing it’s Staff, it is a self inflicted regrettable malaise for which those directly involved must be made to face the unsavoury consequences.

“For bringing this avoidable embarrassment to Abians, Government in addition to approving the immediate dissolution of the Board and Management of Abia Poly will set up a Judicial Panel of Inquiry to unearth the immediate and remote causes of the perennial and intractable challenges of the Institution and bring culprits to justice.

“As a loving and caring Father, His Excellency, Governor Okezie Victor Ikpeazu has authorised the Secretary to Government to head a high-powered Committee that will interphase with the NBTE and other Stakeholders to ensure that the withdrawn accreditation and normalcy is restored to our much-cherished Institution.

“As for the NBTE, we do not want to believe the widely held opinion that it’s unprecedented action against Abia Poly is not only politically induced but targeted against our common good. This is because several institutions of similar composition whose academic activities have been halted by terrorism and salary issues in other parts of the country still have their accreditation intact. Even the ongoing crisis between ASUU and the Federal Government as a result of failure to meet obligations to University Lecturers has not led to the withdrawal of any School’s accreditation.