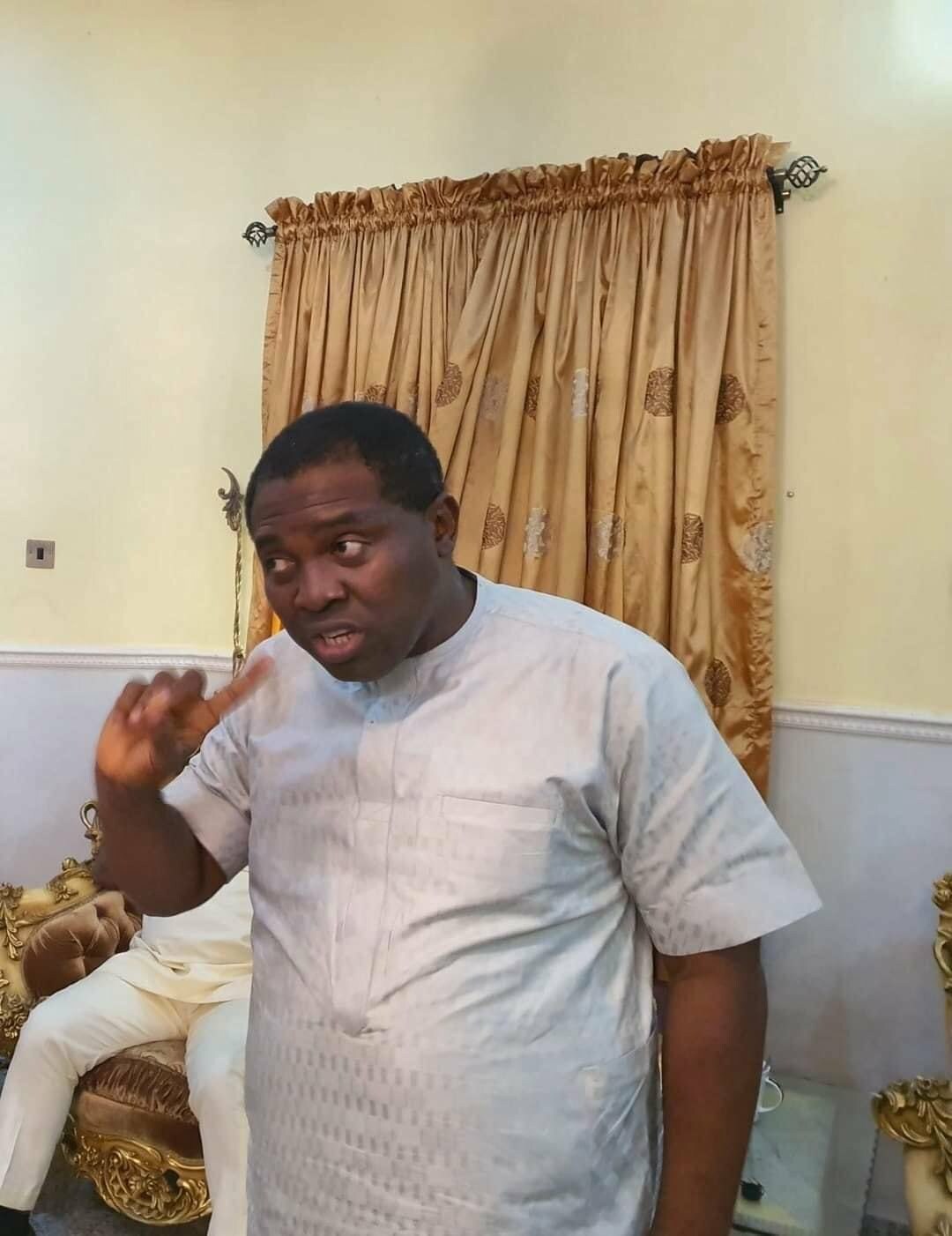 This is desperation taken too far.

Senator Ikemba Ifeanyi Ubah gave out laptops of over 150 pieces to youths as part of his contribution to support those of them who are into ICT.

But in his post, Hon Azubogu alleged that Senator Ubah gave out those laptops to attack dogs.

This is very unfortunate of him and shows his level of desperation.

This desperatiin started with disobeying Prof Soludo, who is the National Leader of APGA. He led a gang to embarrass the governor, thinking that he is smarter and knows politics more than Nwa Mgbafor.

Prof Soludo had endorsed Ben Nwankwo, Isingidi to emerge the candidate of APGA for Anambra south senatorial zone. The governor had told Azubogu to go and queue and support those who worked for the party in the past.

But the man thinks he is always smarter than every other politician. He refused and dared the governor. He conspired with some APGA leaders against the governor’s interest and ensured Nwa Mgbafor was defeated.

Today, he is always at Agu Awka, begging Prof Soludo to support him. If he can win primaries without the governor, he should leave the governor and go to the field on February 25, 2023.

Hon Azubogu has shown Soludo that he can’t be loyal. He has been sponsoring Chris McCool Nwosu , Emeka Onyia and others to attack Senator Ifeanyi Ubah, but it seems he wants to do it himself since those guys have failed him.

For the benefit of doubts, the laptops which Hon Azubogu claimed that he gave out to youths was a constituency project he did in 2019. That’s about 3 years ago. Can he tell us the constituency projects he has done in his 3rd term. Why is he always posting projects he did in his 2nd term? Let’s see what he has done in his 3rd term since he wants comparison with the Senator?

Let me inform the public that while Azubogu is posting a constituency programe he did about 3 years ago where few youth were given laptops, Ifeanyi Ubah gave out over 150 laptops to youths last week and he sponsored same from his personal pocket. It was not never a constituency project.

Most the youths who got the laptops had been trained some months ago on ICT.

Let’s get to issues than mere attacks. How many constituency projects and bills have Hon Azubogu done, attracted or sponsored in this 9th National Assembly.?

Pls go to his wall and read up his attack on the laptop the Prince of Senate shared to the youths. Sad, that Azubogu wants every other leader to fail so he can remain the only shining light – that’s anti progressive..