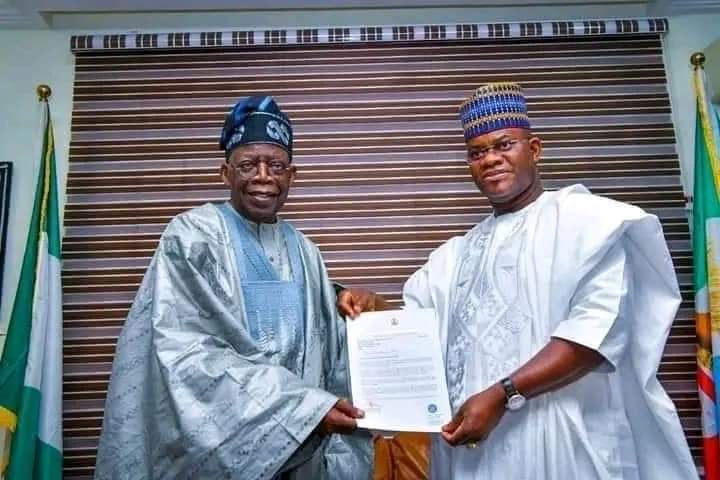 The Bello Ambassadors Network (BAN), a social political group, has stated that the appointment of their principal, governor Yahaya Bello, as the National Youth Coordinator of the All Progressive Congress campaign council is appropriate due to the governor’s massive youth support.

Congratulating the governor on his appointment, BAN stated in a felicitation message made available to the press in Abuja on Sunday that the APC’s presidential candidate for 2023, Bola Ahmed Tinubu, made the right choice by putting Bello in charge of youth mobilization.

In the statement signed by the group’s National Coordinator, Anthony Edogbo, the group stated that while campaigning for Yahaya Bello prior to the primary election, it noticed that the governor was the candidate that Nigerian youths threw their weight behind, and that the group would reawaken its members across the country to join governor Bello to achieve his mandate in the new office.

Recall that BAN mobilized a large number of youths and women across Nigeria’s six geopolitical zones in the run-up to the APC presidential primary election, who demonstrated their strong support for the Kogi Governor due to his youth- and women-friendly policies.

Tinubu’s appointment was communicated to Bello in a letter addressed to him.

Tinubu emphasized in the letter that Bello, who ran in the party’s presidential primaries in May 2022, deserved the appointment because of his impressive political achievements and exemplary leadership as governor of his state and party member.

The former governor of Lagos State, added that he was confident that the Kogi Governor would do his best in his new role so that the party could run an effective, message-driven campaign that would lead to victory in the 2023 Presidential election.