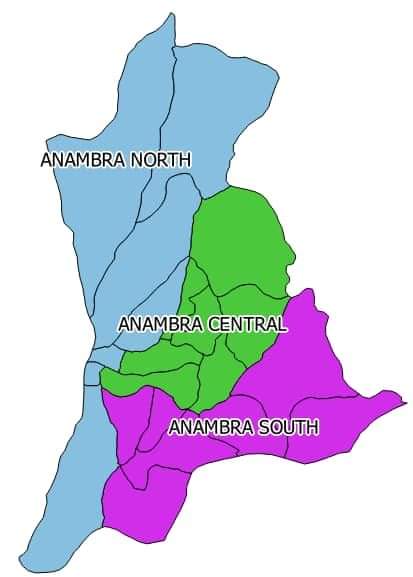 One of the exciting courses anyone can go through is Project Management. It is what may be called a living education, mostly so because it is an applied training.

Our endeavours to live a life are often cases of project management at individual levels, because the human nature is a project in itself. The moment you see your life as a project, next question is how do you manage it. This scenario is not obvious to many people who inadvertently pay dearly for that. The human person is created to manage a project called life. Now let’s extrapolate this module, as it were, to a state as a living being which is a bigger project and collective in girth. Pointedly, we land in Anambra State where we find Engr Chris Azubogu. And that’s when it becomes interesting to juxtapose the two – Azubogu as a Project Manager and Anambra State as a living Project.

Hon. Chris Azubogu has been a federal law maker for many years and the projects he has attracted have been beneficial to the entire state. By the way, he is brewing another one, the 5th Azubogu Medical Outreach in May. Preparations are in the bag of the planning committee already.

But to understand why he has touched the entire state… Anambra is the only state in Nigeria that has an unusual geographical map, where the northern electoral boundaries meet both the central and south. A case and discussion for another article!

If you watch the aspirants and candidates coming out to contest the Governorship of Anambra State, you’d note that Azubogu shows remarkable preparedness by schedule. He started doing good and very well over the years with constituency projects even outside his steed. It was deliberate and penetrating and not just grip-and-snatch showings we see now, most of which are quasi attempts at projects to confuse some people. After that he comes down as he has always been doing at the grassroots by meeting the real people and articulating their peculiar needs, he moves further by aggregating those needs and began discussing them with solutions on way forward. Only one who sees a state populated by real people understands that, because he is a real project manager. Oh, I least forgot that he is called Mr Project. Little wonder!

Political leadership is a planned project and as he moves around into town halls, villages, party offices he is actually having not just talks, but discussions in the areas that matter.