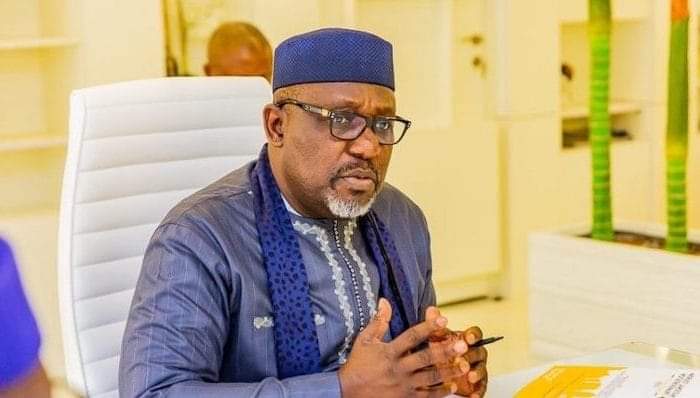 Justice Ahmed Ramat Mohammed of the Federal High Court in Abuja on Wednesday refused to grant an order of interim injunction sought by former Imo State governor, Rochas Okorocha, against the Economic and Financial Crimes Commission, EFCC, and the Imo State Government stopping them from further interfering and confiscating his properties located in various parts of the country.

The judge held that granting the order during various challenges to the court jurisdiction in the matter will not be in the interest of justice.

Justice Mohammed instead fixed August 24 to first hear the challenge by EFCC and Imo State that the motion on notice filed by Okorocha cannot be heard during court vacation.

Okorocha on Wednesday in Abuja had asked the court to issue a restraining order against the EFCC and Imo State Government from further interfering and confiscating his properties located in various parts of the country.

Okorocha, currently representing Imo West Senatorial district in the Senate, sought the order of the court to preserve his properties pending the resolution of court cases on-going in the matter.

He complained that his properties have been marked in several states for confiscation adding that unless the preservative order was issued against EFCC and Imo State, he would be prejudiced.

His motion on notice for the sought court order was filed by his counsel and Senior Advocate of Nigeria, Chief Oba Maduabuchi.

However, the request was vehemently opposed by the EFCC and Imo State government on the ground that the court has no jurisdiction to hear Okorocha’s suit.

The anti-graft agency and Imo State Government are contending that the suit is not the type that can be heard during court vacation.

Related Topics:
Up Next

“₦503.2bn Spent On Covid-19 Intervention In The Country” – Minister Of Finance