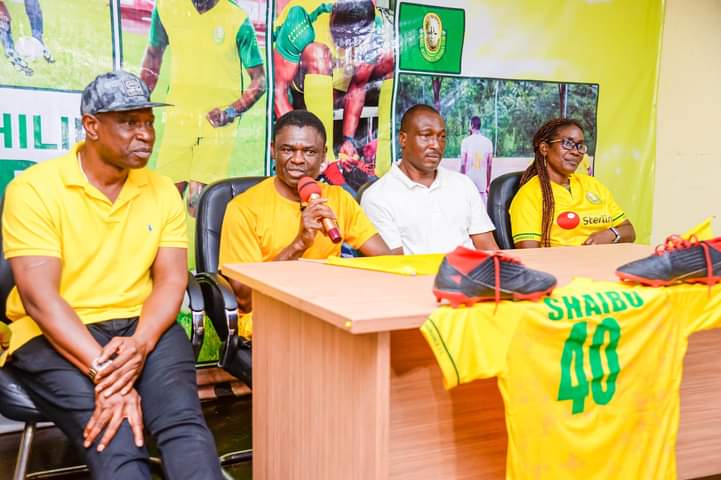 The Edo State Deputy Governor, Rt. Hon. Comrade Philip Shaibu, has reiterated the state government’s commitment to sports development as an avenue to promote tourism in the state.

Shaibu made the submission during a press conference to announce his retirement from professional football, after the match between Bendel Insurance Football Club (FC) and Vandrezzer FC of Lagos which Bendel Insurance won with a scoreline of one goal to nill at the Samuel Ogbemudia Stadium in Benin City.

The deputy governor who has played for Bendel Insurance for over five years, expressed appreciation to fans of the club and other stakeholders, noting that his retirement coincided with the promotion of the club to Nigeria Professional Football League (NPFL).

He noted that Governor Godwin Obaseki had given him the mandate to transform the state into a sporting hub using Bendel Insurance and Edo Queens as a template for other sports.

“We rebranded Insurance and a year after Edo Queens. Today, look at where we are; we are in the NPFL. We thank the coaches, players, football fans and Edo people for their unwavering support, commitment, and dedication in making this happen.

“Edo State Government is not in sports to make money but to redefine how sporting activities should be managed to attract people and promote sports tourism. It’s only in Edo State that you can play matches at night like in Europe and night games have been sustained for the past three years including National games without power failure.”

Shaibu added, “We are in NPFL where we belong and will never go back again to NNL because we don’t belong there. I commend the management of NNL for it’s improvement because it’s the engine room of football in Nigeria. I appeal to NFF, Ministry of Sports to develop NNL to ensure all financial problems are solved to move football forward in Nigeria.

He expressed appreciation to the governor for his vision for sports and the return of Bendel Insurance to the NPFL, adding, “I thanked the sponsor, Sterling Bank, for believing in the club and the contract is the first of its kind in Nigeria and it has paid off with this promotion to NPFL.”

The Coach of Bendel Insurance, Monday Odigie, thanked the state government, fans and sponsor of the club for believing in the players as this propelled the team to gain promotion to NPFL.

Related Topics:Comrade Philip Shaibu
Up Next