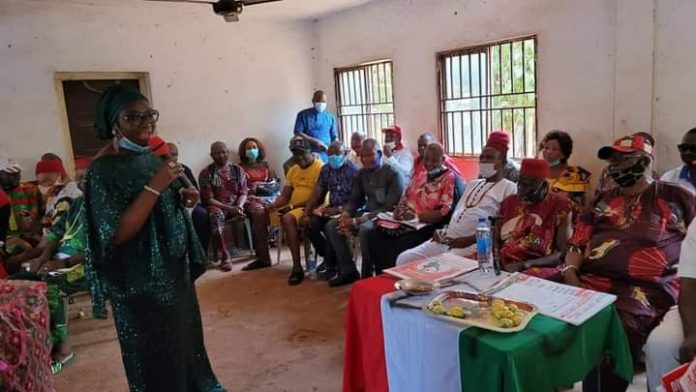 “I will conduct local government election in less than one year in office and position the local government system to serve as an enabler for the growth of cottage industries through prudent use of resources”.

The meeting was in furtherance to her efforts to reach out to the party delegates to seek their support ahead of the June 26 governorship primary.

Speaking during the meeting which had in attendance, local government and ward executives of the party as well as the stakeholders in the local government, Ekwunife stated that rapid economic development is a function of understanding of the actual workings of government, and possession of the necessary political will to effect genuine change on the lives of the people.

She expressed resolve that her government will impact positively on the grassroots through the empowerment of the local government system. Ekwunife promised the party leaders that in her they should expect a fair and just governor who will develop all communities in the state simultaneously.

Also notably present at the meeting were, the party chairman of the local government, Engr Emeka Agulue and his executives, former PDP State Chairmen, Chief Frank Oramulu and Chief Pandola Okwuose, party ward executives and other stakeholders of the party in the LGA.