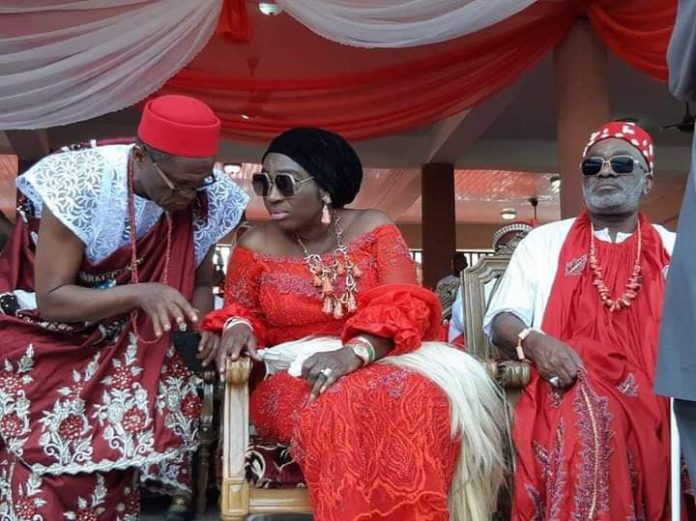 Senator Ekwunife describes Enugwu-Ukwu as a town rich in culture and tradition, part of which the community display every first Saturday of the year as its Igu-Aro Festival which is usually the first public outing of the Igwe in the year.

Also known as Igwe Onõ Ná Mkpumè Agu-Arò, the Traditional Ruler of Enugwu-Ukwu by tradition sits on an Ancestral Stone to welcome the New Year and thank God for the successes of the past year – an act Ekwunife describes as a true manifestation of the community’s culture of gratitude and thanksgiving.

Senator Ekwunife further congratulates Eze Enugwu-Ukwu na Igwe Umunri for successfully preserving the culture and tradition of his fore-fathers in his 11 years reign on the throne.

She wishes Igwe Ralph Ekpeh a peaceful reign and assures him and the community of her unyielding commitment towards improving the standard of governance in the Senatorial District.