“When two elephant fight, it’s the grass that suffer the most”

Each of every Nigeria student that has passes through any Federal University has once being a victim of ASUU and FG war. What make each student to be a victim was as a result of strike used as last weapon by ASUU to fight against FG.

ASUU has for a long time been in a war with FG. Their reason for the war seems to be the same if not totally the same. The approach and the way students reasons during the war remain constant. It’s few among the ignorant ones will be caught faulting ASUU for the war also faulting the FG is wasn’t the solution.

Nigerian Government are known of their bad leadership and lack of interest towards the development of the country which is obvious to everybody. One of the best way towards developing and enhancing each country is through standard educational system. While in Nigeria if there should be a system that was failed by the government in term attention towards enhancing and development of the system should be Educational system. And this is where many among Nigerian got it wrong in term of ASUU and FG war.

ASUU announced nationwide strike after a two week warning strike in opposition to the IPPIS enrollment by the Government, on 23rd of March, 2020. “The of aim for enrolling the union into integrated personnel and payroll information system (IPPIS) is to enable the federal government to ascertain the actual number of employees and ensure transparency And accountability in their payment” the Federal Government said. In respond to that ASUU claimed that the introduction of IPPIS was main to take away the autonomy of Universities which violated the university miscellaneous provision (Amendment) act of 2003 and allow the enrollment of ghost workers that might lead to the corrupt system of education. Introducing University accountability and transparency system (UATS) as an alternative to Integrated Personnel and Payroll System (IPPIS).

” NO ENROLLMENT NO PAYMENT SEGA” used by the Federal Government to enforce the union in order to enroll their selves to IPPIS lead to the withheld salaries of two months ( February and March). 70% of 100% of the union members which is 90,000 out of about 130,000 of the universities lectures that enrolled into IPPIS received their withheld salaries of two months. Before the forcefully enrollment of the rest of the union members. So also, among the union members that enrolled into the system before the forceful enrollment regret their actions when they start to experience some reduction from their payment. The same happened to the Non- academic staff of the universities ( NASU), where some amount of money were also reduct from their salaries. In action to that NASU also make a U-turn in opposition to IPPIS enrollment and wanted to embrace on strike.

HOW TO OVERCOME ASUU,FG AND IPPIS SEGA.

ASUU gone it wrong! It seems to be strange to everyone of how an employees will dictate a means of which their employers will pay them and that lead to the forceful enrollment of the union to the new platform of their payment by the federal government.

It was reported that; the reduction from the salaries of the union was as a result of the new platform mode of payment. The IPPIS new platform paid universities lectures their salaries without including the allowance and other funds that they were entitled to them and also deducted some payment which were not part of academic system. It was by the government to meet up with the IPPIS department and find a possible way of solving the problem. If there was respect and mutual understanding between ASUU and Federal government the issue of IPPIS should’ve not goes worst.

TO FULFILL 2019 MEMORANDUM OF ACTION( MoA)

ASUU burns back in demand for the fullfilment of 2019 memorandum of action after their new payroll enrollment. ASUU claimed that their industrial action was not only for IPPIS enrollment rather for the unfulfilled MoA make by the federal government. It’s was reported that ASUU Demands of Memorandum of action include; Universities revitalisation funds, Payment of arrears of earned academic allowance, mainstreaming of salaries and Constitution of visitation panel to Public Universities among others.

Nigerian public universities are in the state of emergency. Educational system of the institutions had failed. The well being of the students were been destroyed. Lectures are enslave. And the graduate doesn’t worse to be called graduate. All had been happening as a result of lack of proper funding of the institutions.

Nigerian universities that make the federal government has their primary source of funds with lowest cost of tuition fees want a standard educational system. How?

Public universities in Nigeria charge notional fees. In 2017, final year students of Education in UNILAG paid ₦15,000. In2019, final year Law Students at of Obafemi AwolowoUniversity paid ₦30,000.Such figures pale in comparisonto the cost of running universities. The Consolidated University Academic SalaryStructure (CONUASS) recommends professors earn a basic annual salary between ₦4 to ₦6 million . If professors were to be paid solely off school fees, it would take the annual

Let’s look at another expense: power. A Rural Electrification Agency audit in 2017 found that 37 federal universities were using 1,068 generators . If each university used 28 100KVA generators, they could be spending over ₦3 million a month in diesel alone. It would gulp a year’s school fees of 200 students at ₦15,000.

If Nigerian universities should continue to make federal Government as their primary source of funds, such will one day result into the increase of tuition fees of the universities and make it not to be affordable for the less earners. Federal government can’t do it all. Everybody has to be involved to achieve the universities of our dreams in Nigeria.

The students are the most affected part of the party. To resume the students, ASUU and Federal Government should develop respect and mutual understanding for themselves towards achieving the Educational system of our dreams. 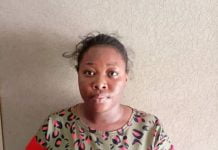 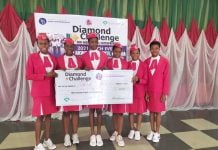 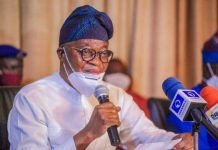