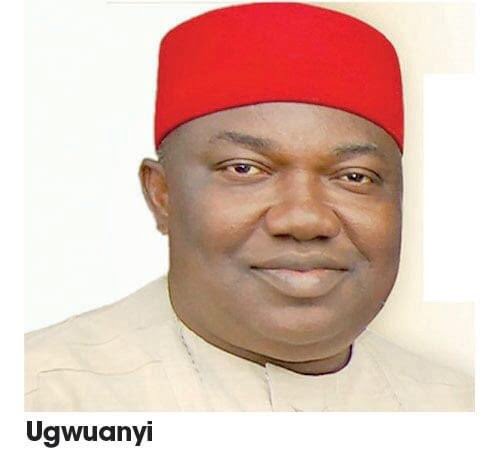 The truth remains that Enugu State under the watch of Governor Ifeanyi Ugwuanyi has witnessed peace and good governance, in spite of the economic and public health challenges facing the country.

The people of the state, especially the leaders of the political, religious and traditional institutions, such as the president-general of Ohanaeze Ndigbo, Chief Nnia Nwodo, have attested to this fact and have continued to express their delight at the unprecedented performance of Gov. Ugwuanyi’s administration in navigating the state through the nation’s economic meltdown to make the top as one of the six economically viable states in Nigeria that can survive without federal allocations, according to the 2019 Annual States Viability Index that was recently released on July 26, 2020, by Economic Confidential.

Prior to the above rating, Enugu State had been rated as the second most advanced state in Nigeria on the Ease of Doing Business and third on the Ease of Starting Business, by the World Bank Group. Enugu, according to verdict released by the National Bureau of Statistics (NBS), on May 22, 2020, is the ninth best performing state in terms of states’ rank in Internally Generated Revenue (IGR) for the year 2019. The state (Enugu) was listed by BudgIT alongside Lagos and Rivers as the only three states out of the 36 states of the federation that have fulfilled obligations to their workers.

Enugu was earlier listed by Economic Confidential among the seven states that are solvent with impressive over 30 per cent IGR to fund additional economic activities. It is equally on record that Enugu is the fifth most competitive state in Nigeria, according to the National Competitiveness Council of Nigeria, and the third most debt sustainable state in Nigeria. Enugu was also rated as the first state in Nigeria to publish its Audited State Final Account for three consecutive years; first in the South East geo-political zone and ninth in the country, based on IGR as against federal allocation.

Despite all these remarkable landmark feats, a handful of ungrateful and selfish politicians have deliberately refused to acknowledge them and other salient achievements of the present administration of Gov. Ugwuanyi, who, in truthfulness to God and fairness to the good people of the state, has entrusted Enugu to the hands of God and delivered democracy dividends to them.

It is hardly contestable that this is the first time in the history of Enugu State that an administration has taken the wellbeing of the masses, who have hitherto been denied the dividends of democracy, into high favorable consideration through its rural development policy and empowerment programmes that have succeeded in improving their living standard and opening up the rural areas for socio-economic growth.

READ ALSO:  Ifeanyi Ubah: The biggest patronizer of Innoson vehicles in the Southeast

This is evident in the concentration of more massive infrastructural development , mostly road projects, across the state, covering over 600km in the rural areas and long-neglected communities by Ugwuanyi‘s administration. This feat was also achieved through simultaneous execution of huge grassroots development projects across the 17 LGAs and the novel N10 million “one community, one project” scheme earmarked for each of the 471 autonomous communities in the state, among others.

On welfare of the ordinary masses, Enugu State under Ugwuanyi’s administration has empowered 3,600 traders with N50,000 each to grow their various businesses under the Enugu State Traders Empowerment Scheme. It also empowered 750 youths in skills acquisition under the Sustainable Development Goals (SDGs) programme; offered scholarship to 680 indigent engineering students of Enugu State Polytechnic, Iwollo, Ezeagu LGA and the Institute of Management and Technology (IMT), Enugu; awarded scholarship to 22 indigent post-secondary school students studying at Mewar University, India; engaged 1,000 youths to clean up the state under Enugu Clean Team Project, with additional 1,000 workers underway. The state government recently granted bursary allowance to 246 students of the state at the Nigeria Law School.

I am aware that the Ugwuanyi administration in, keeping faith with its tax-friendly regime, in the wake of the COVID-19 pandemic, equally granted tax relief and incentives to taxpayers in the state, including ordinary people. This decision, I learnt, was in furtherance of the state government’s efforts in cushioning the harsh effects of the pandemic on residents of the state, especially the masses.

Prior to this, it is on record that the Ugwuanyi administration, since its inception in May 2015, waived the payment of personal income tax as well as market tax for all traders in the major markets of the state and has reiterated its resolve to sustain the pro-poor policies till the end of its tenure.

The Enugu State government’s COVID-19 tax relief and incentives approved by Gov. Ugwuanyi’s administration, as announced by the Enugu State Internal Revenue Service (ESIR), also include the extension of the deadline for the submission of Form A for employees and annual returns in accordance with Section 41 (3) and 81 (1)-(3) of the Personal Income Tax Act 2011, as amended, for companies and institutions operating in Enugu State, and the grant of “a waiver of penalty and interest charged for late remittance of Pay As You Earn (PAYE) deductions from January to December 2020 for all sectors”.

Besides all these, the Ugwuanyi administration, which has continued to entrust Enugu State to the hands of God is among the first to implement the new Minimum Wage in Nigeria, despite the adverse economic effects of the outbreak of COVID-19 pandemic. It has remained regular in payment of workers’ salaries on the 23rd of every month and retirees’ pensions before the end of the month, including payment of the 13th month salary to workers as Christmas bonus. The administration also paid 54 percent equity contribution for 100 lucky civil servants who won the 100 units one bedroom apartments at Elim Estate, Enugu, through open lottery, in all efforts to alleviate the sufferings of the people, especially the ordinary masses.

From the foregoing, I am convinced that these verifiable landmark people-oriented achievements of Gov. Ugwuanyi stand him out as a visionary, peaceful, high performing, caring, God-fearing and people-centered leader, who has firmly and religiously entrusted Enugu State to God’s hands.

Let me, therefore, remind the traducers that Enugu, under the watch of Gov. Ugwuanyi, has been widely adjudged by its leaders and reputable national organisations as one of the most peaceful and impressive states in the country in terms of security, good governance and welfare of the ordinary masses, and no amount of mischief or misconception will change this obvious fact. 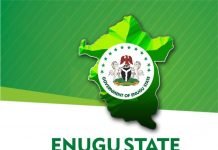 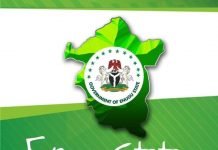 Enugu Governorship: To Rotate or Not to Rotate 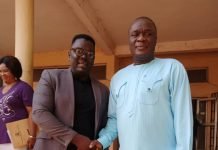