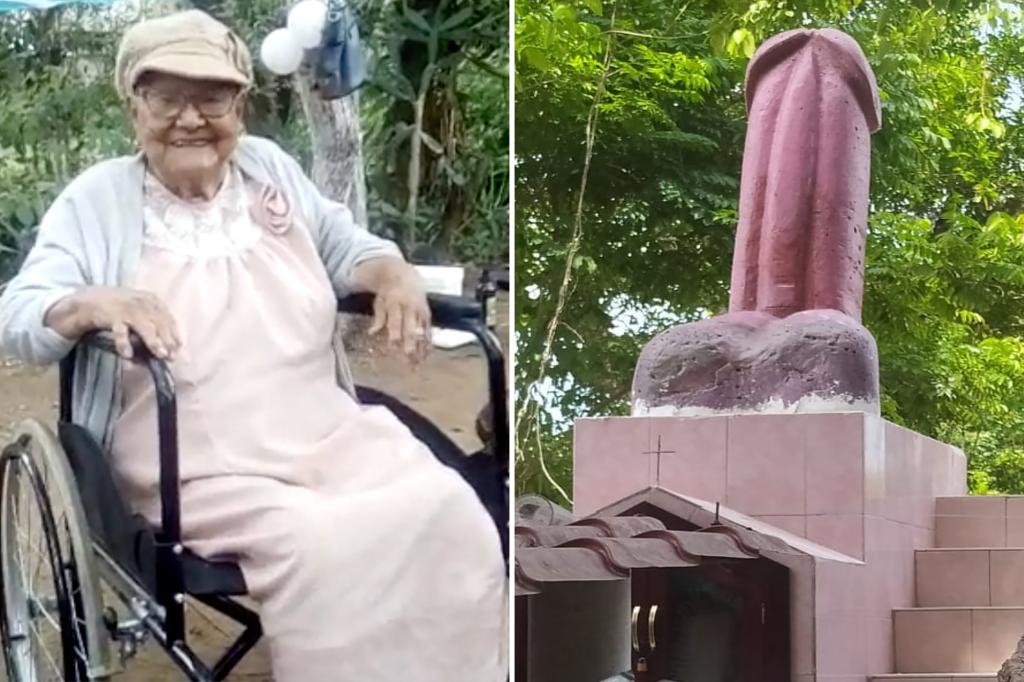 A nan has had the honour of a lifetime after her family rallied together and erected a penis onto the top of her gravestone, in what they say was ‘her dying wish’

A nan has shocked locals after a 600-pound willy statue appeared on the top of her gravestone, which her family says was “her dying wish”.

The gravestone, which tends to represent the person buried there, caused quite the stir as Catarina, a 99-year-old grandmother, had her piece unveiled.

While traditional crosses or towers weren’t on the mind of the 99-year-old, it would appear that a massive penis was, with the monument erected on top of the headstone – making for quite the memorial.

Grandmother Catarina had reportedly always wanted a penis on the top of her grave and her family were happy to oblige, ordering a specialist to mould the member and place it on the grave.

The massive stone member has been called a “recognition of her love and joy for life,” as grandmother Catarina enjoyed calling the family “verga,” a Mexican slang word which translates to “c*ck”.

Grandson Álvaro Mota Limón says that when his grandmother used the word, she meant for the usually-vicious insult to be a compliment.

Limón said that his 99-year-old grandmother meant it to mean “integrity, courage, passion, and at the same time, love and joy”.

That love and joy is now centre stage on the gravestone, protruding from the peak of the shrine to Catarina’s life

Despite the bizarre request, the family obliged and planted a penis on top of her gravestone monument, much to the delight of locals.

Isidro Lavoignet was the engineer behind the bizarre penis piece and says he has been sent some unusual gravestone requests in his day, with families wanting to stick strange, unique pieces to the headstone.