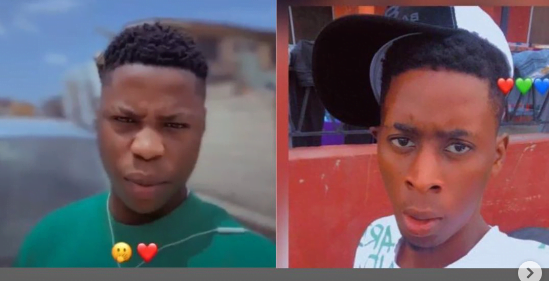 Two candidates of the just concluded West African Examinations Council (WAEC), Oladehinde Fuwad, 21, and 18-year-old Salawu Qoyum, have been accused of physically assaulting and abusing their female colleagues at their lodge.

The duo were captured in a video flogging one of their female colleagues named Ebere after she allegedly disposed of the alleged fetish soap they were using to bath.

One of the female students who spoke to a reporter said they were all placed in a hostel by a teacher who had registered them for WAEC exams in the Ayobo area of Lagos state, but the males amongst them would always beat and abused the females unprovoked.

She explained that one time, the boys soaked ”koboko” (whip) inside water and sand and used it to beat them and they were nights when they weren’t allowed to sleep as the boys would pour water on them.

She stated that Ebere’s case got worst as she was the only one who could confront the boys, and when she found a black fetish soap and charms the boys were using to bath, she threw it away fearing that it may have negative effects on all the lodge occupants.

On discovering their soap was missing, the boys ganged up to beat Ebere and other female students who supported her.