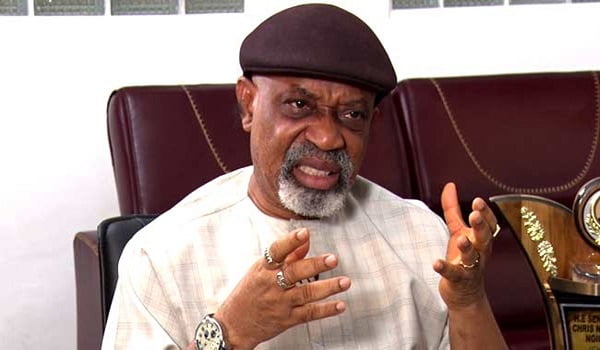 The Federal Government has hinted at a possible rise in the pay of workers in public service as a result of the downturn in global economies.

The government agreed with Organised Labour that inflation has eroded the purchasing powers of workers who are on the N30, minimum wage.

Minister of Labour and Employment, Senator Chris Ngige gave the hint while speaking at the public presentation of a compendium of Nigeria Labour Congress (NLC) at 40 publication titled: “Contemporary history of working class struggles,” in Abuja on Monday.

The Minister said the adjustment had become imperative to reflect what was happening across the globe.

Ngige said: “The inflation is worldwide, we shall adjust the minimum wage in conformity with what is happening and much more important, the 2019 Minimum Wage Act has a new clause for a review.

“That adjustment has started with the Academic Staff Union of Universities (ASUU) because the stage they are at with their primary employers, the ministry of education, is a Collective Bargaining Agreement (CBA), negotiations.”

The Minister added: “Under the principles of offer and acceptance, which is that of Collective Bargaining, ASUU can say let’s look at the offer they gave us and make counter offer, but they have not done that, if they do that, we are bound to look at their offer, these are the ingredients of collective negotiations.”

President of the Trade Union Congress (TUC), Festus Osifo noted that Nigerian workers have been subjugated and oppressed by the ruling class.

He lamented that the current minimum wage of N30,000 couldn’t in the present economic reality pay workers transportation fare to work for a month.

“The value of the N30, 000 minimum wage has been eroded. It cannot take workers to work again,” he said.

The TUC boss also told the government to recognise the power of agreement.

Former National President of NLC Comrade Adams Oshiomhole advised labour to interrogate those jostling to be president in the 2023 elections on their policies and manifesto as it concerns the economy.

He carpeted Governors who have failed to pay the N30, 000 minimum because of a lack of funds.

2023: APC With The Good Support Of The Youth Is The Party To Beat – Former Chief Of Army Staff, Buratai