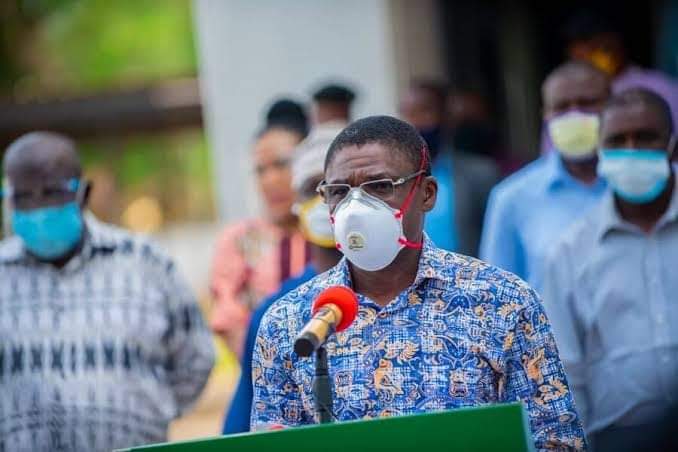 The dispute between the Edo State Government and the Federal Ministry of Youths and Sports Development over funding for the 20th National Sports Festival seems not over after our correspondent learnt the state was yet to get financial assistance from the Federal Government as earlier promised.

There were doubts over the hosting of the festival after the Local Organising Committee chairman, Philip Shaibu, said the state was ready to host the festival but lamented that the Federal Government was yet to release the funds needed to successfully hold the event.

The festival, which eventually started on April 2 after several postponements, witnessed a scare after the Edo State Government threatened to end it abruptly, just six days after it commenced.

But the festival continued after the Federal Government, according to Shaibu, the Edo State Deputy Governor, showed some level of commitment and promised to release the funds.

A week after the festival ended Ebomhiana Musa, Project Manager, Media and Communications of Edo 2020 told our correspondent that the FG was yet to fulfil its financial pledge.

“Till date the Federal Government is yet to fulfil the promise they made to us as regards funding for the National Sports Festival,” Musa mentioned on Wednesday

“Nothing has been paid as at today (Wednesday) but I don’t know of tomorrow. No fixed figure on how much they were going to give us but it was assistance.”

READ ALSO:  Lawyer Considers Leaving His Profession After He Made N10k A Day As Taxi Driver

A representative from the ministry, who spoke on the condition of anonymity said, “Once the Federal Government releases the funds, it will not be a secret. The FG would announce that it had released the funds.

“Though the finance minister is in the best position to respond to why the funds are being delayed. The money is support from the Federal Government and it is not with the Ministry of Youth and Sports Development. There is a process for everything.”