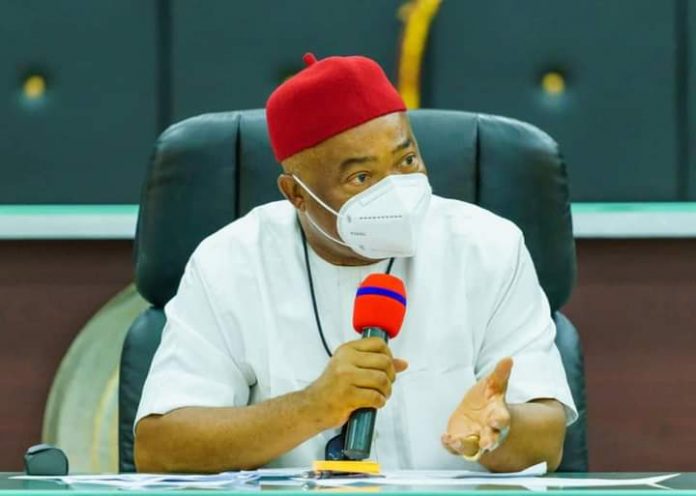 The Imo state Governor, Senator Hope Uzodimma has reiterated his government’s resolve to
continue to make civil servants’ welfare a top priority albeit within the ambits of the law.

The Governor disclosed that efforts are relentlessly ongoing to ensure that the correct data of the few workers still having issues with the payroll are collated and built into the automated payroll system.

In a bid to help resolve the issue of incomplete data information of those not captured in the enterprise payroll system, the Governor disclosed that all workers in the state have been given a personal identification form to complete.

He stated that the aim is to ensure that every legitimate work is properly identified and captured by the payroll automation process.

This action underscores the government’s determination to permanently resolve any outstanding issue with the automation process to ensure that every legit in the state is correctly captured in the automated payroll system.

He however pointed out that some mischievous labour leaders are relentlessly pushing for industrial unrest in the state even as the government has paid all validly verified workers their salaries up to date and is making sincere efforts to solve the problem of the few with incomplete personal identification data.

Governor Uzodimma further expressed regret that “the Coronavirus pandemic on its own is generating enough health and social tensions among our people as It calls for sacrifice and rededication to duty from leaders to cushion the devastating socio-psychological impact on the people”.

According to him “No responsible labour leader will want to add to the present social tension and uncertainty, and even panic, which is the present cross of our people, arising from apprehension over COVID-19. Yet some so-called labour leaders are calling out workers to strike on a baseless and fallacious claim of non-payment of salaries. Nothing can be more unpatriotic than this crass display of insensitivity in a tension soaked time. It is worse when the action is based on total falsehood, veiled parochial interests and unbridled bigotry.”

He advised Imo workers not to allow themselves to be used as instruments for the actualization of the political interests of politicians masquerading themselves as labour leaders.

The Governor stated that the people’s government is determined to continue to pay workers salaries regularly and salaries will be paid only to those who earned it by working.