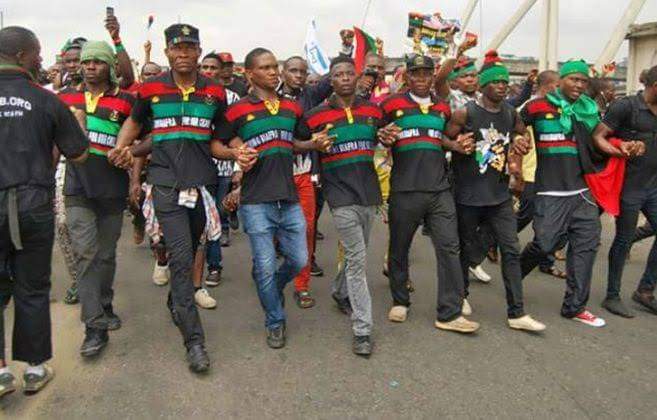 The proscribed Indigenous People of Biafra IPOB has condemned plans by the Miyetti Allah Cattle Breeders Association of Nigeria to deploy 5,000 vigilantes to the South-East region.

The Miyetti Allah group had recently announced it will be deploying the vigilantes to protect herders and their cattle in the South East.

In a statement released by its Director of Media and Publicity, Emma Powerful, IPOB said it was ready to resist the plan by Miyetti Allah, adding that the position of the cattle breeders association was an insult on Igbo land.

“The attention of the Indigenous Peoples of Biafra has been drawn to the threat by Miyetti Allah to deploy 5,000 jihadists to Biafra land to protect their cows and herders following the floating of Ebube Agu security outfit by South-East governors.

READ ALSO:  Nigeria Out Of World Relays As Us Embassy Denies Athletes Visas

We consider this utterance an insult to the entire Biafra and won’t tolerate it despite our grievances against the treacherous South-East governors and the political elite.

The Miyetti Allah and their terrorists group should know that they shouldn’t play God forever. They are trying to provoke ESN and IPOB to take a drastic action. IPOB and ESN are running out of patience with their insults.”he said