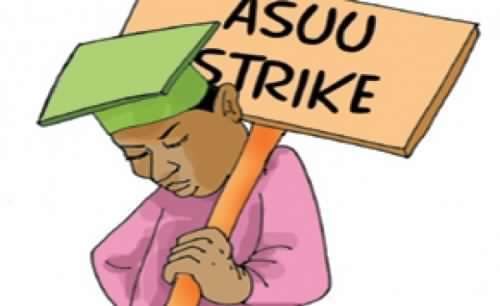 Unresolved welfare concerns between the federal government and ASUU in the previous five months have taken a new turn as aviation unions have finalised plans to join the labour unions’ solidarity protest.

Aviation union threatens to shut down airports over ASUU strike

The National Association of Aircraft Pilots and Engineers (NAAPE) has announced plans to join other unions in a protest on July 26th and 27th, 2022, to force the government to satisfy the demands of university lecturers.

“We have witnessed with sadness how the Federal Government of Nigeria is managing the issues in the educational sector of the country whereby due to strikes, many Nigerian students have remained at home for over four (4) months,” said NAAPE’s deputy general secretary, Comrade Umoh Ofonime.

“Considering the devastating impact a lengthy strike will have on the lives of young children, the Federal Government’s failure to honour the deal struck with the union in 2009 is quite distressing.”

“As a result, NAAPE fully supports the position of the National Executive Council of the Nigeria Labour Congress (NLC) to hold a statewide demonstration on July 26 and 27, 2022 in solidarity with trade unions in Nigerian public universities and others.”

“As a result, the National Administrative Council has asked all branch chairmen/secretaries to communicate this information to all members in their various branches in order for them to engage in the solidarity protest in their respective states as follows:

Venue: All of the federation’s state capitals, as well as Abuja, the federal capital.

Previously, the Association of Nigeria Aviation Professionals (ANAP), a sister union in the sector, had similarly urged the Federal Government to end the protracted strike by the Academic Staff Union of Universities as soon as possible and in the best interests of the nation (ASUU)

The ANAP, through its General Secretary, Comrade Abdulrasaq Saidu, has urged President Muhammadu Buhari’s administration to halt the ongoing strike as soon as possible before it escalates.

Tobi Amusan Gets ₦5m And A House From Ogun State Govt