On/or about 11AM on the 29th of November 2021, I received a phone call from a reliable source. The latter informed me that a certain Orji Uzor Kalu expressed desire to see my client, Onyendu Mazi Nnamdi Kanu. The intended visit was ostensibly in further pursuit of the political solution to the unconditional release of my client.

As I had before then resolved not to constitute myself an impediment to the exploration of any such political solution, I welcomed the idea. Consequently, I was constrained to substitute the name of one of the persons already scheduled for the visit for the name of Orji Uzor Kalu.

I then proceeded to submit a fresh list containing the name of the latter to the relevant authorities on/or about 12Noon of the aforementioned date.

When the team of lawyers who were scheduled to visit my client arrived at the Reception Hall of the headquarters of the Department of State Security (DSS), on/or about 1.55PM of the aforementioned date, they were informed that Orji Uzor Kalu, whose name appeared on the list at the 11th hour, would not be allowed to see Onyendu Mazi Nnamdi Kanu.

The reason for this decision was clear. As the name of Orji Uzor Kalu was merely submitted on the day of the intended visit, and not earlier as was the practice, he could not, without permission and/or clearance from superior authority, be granted access to visit my client in the detention facility of the DSS.

Orji Kalu’s hypocritical pretensions was worsened by the fact that he is a politician (and a wily one at that), and he is not related to Onyendu Mazi Nnamdi Kanu either by affinity or consanguinity.

This position taken by the Detaining Authority did not come as a surprise, or so I thought.

Long before the 29th of November 2021, the DSS consistently and variously denied certain persons of sundry political persuasions, and proven elder statesmen, access to Onyendu Mazi Nnamdi Kanu in DSS custody. A case in point is that of Dr Chukwuemeka Ezeife, former Governor of Anambra State.

The inclusion of the name of Orji Uzor Kalu at the 11th hour in the fresh list submitted to the DSS on the day of the intended visit had the effect of temporarily stultifying the access operatives of the DSS could easily have afforded the lawyers. So I thought honestly.

But there was more to it. The lawyers were kept waiting till on/or about 3.20pm of that day when they were finally cleared to ingress the detention facility. At first, I thought this delay to be inexplicable and unreasonable, but, with hindsight, I concluded that the delay was deliberate. It was occasioned by the fact that Orji Uzor Kalu had earlier arrived at the DSS facility and had gone to visit Onyendu Mazi Nnamdi Kanu at the time the lawyers were literally forced to wait for a pretended reason.

I then became convinced that the objection that was taken at the inclusion of the name of Orji Uzor Kalu at the 11th hour in the list of persons scheduled for the visit was a ruse, a smokescreen, and a deceptive ploy, ingeniously but mischievously contrived to hoodwink us. It had that temporary effect. The pretended reason was designed to keep us waiting while Orji Uzor Kalu had his interaction with Onyendu. The delay of about two hours was clearly unjustified.

Orji Uzor Kalu, whose name was on the list of visitors that was submitted and whose name was deceptively objected to by operatives of the DSS, had earlier arrived the DSS facility and had, in a manner that was extremely surreptitious, gained access to Onyendu Mazi Nnamdi Kanu in custody! Lawyers that congregated for the visit stared with open mouths when they gained access to Onyendu Mazi Nnamdi Kanu and were informed by him that Orji Uzor Kalu had earlier visited him that day.

I must note that DSS operatives at the Reception Hall were not let in on the surreptitious access that was granted to Orji Uzor Kalu. They did not know when the latter arrived at the facility and when he stole in to see Onyendu. It is for Orji Uzor Kalu to explain honestly how he gained access to Onyendu. If Orji Kalu did not go through the proper channel, which starts from the reception, upon the submission of a list containing the names of already scheduled visitors, how then did he gain access to Onyendu Mazi Nnamdi Kanu? Why was the extant protocols not followed?

We hereby invite the relevant authorities of the Department of State Security to investigate this.

If the motive for surreptitiously embarking on the visit to Onyendu is pristine, salutary and genuine, why did Orji Uzor Kalu knowingly breach the DSS protocol? Why did he steal in to see Onyendu? Why did he not leave any trace of his identity at the reception hall? If he had no ill motives, why did he conceal his identity from Onyendu before he had access to him and why was he aided in the process by a deceptive DSS operative?

If Orji Uzor Kalu had genuine intentions, why was the deliberation at his visit to Onyendu conducted in the presence of some persons not necessarily supposed to be present at such visit? Orji Uzor Kalu is hereby challenged to explain to the whole world what informed the question he asked Onyendu during his visit as to why he did not stay back at Afaraukwu during the bloody invasion of the homestead of Onyendu on the 14th of September 2017?

Further, I must remind the public that 2023 is around the corner. Desperate politicians, including those of Igbo extraction that have sworn to be perpetual slaves of some primitive overlords, and who offer their deceptive heads, containing their lying mouths and tongues, to be turbanned by their slave masters, are up to sundry devious stunts, schemes, contrivances, chicanery and duplicitous manoeuvres. They shamelessly and unabashedly seize every opportunity available to them to advance their political interests.

Most of them have no honour. They mislead the unwary and unsuspecting members of the public by their hypocritical behaviour and sanctimonious grandstanding. Inside of them are filth, putrefaction, deception and ungodliness. I make bold to say that the clandestine visit to Onyendu undertaken by Orji Uzor Kalu is no more than an empty positioning for political office come 2023.

The whole world knows that Onyendu Mazi Nnamdi Kanu is an infinitely brilliant man and a good student of history. He has seen through the empty scheme of Orji Uzor Kalu and is not deceived by it. Onyendu does not trust Orji Uzor Kalu one bit. He has said so in no uncertain language.

In 2017, Orji Uzor Kalu exhibited similar inclination. He merely wanted to score a cheap political point. But his attempt failed woefully, and rightly so. Onyendu did not accord him any relevance whatsoever. This time, he initiated similar pretensions. Again, his shenanigan did not produce the desired effect.

Orji Uzor Kalu in his outburst alluded to pecuniary interest in relation to my good self. This is most unfortunate. The truth is that, that allusion applies squarely, wholly and entirely to him. Every Nigerian of full age knows the history and circumstances of this man. His record is public knowledge. Granted that I have made many enemies in the course of my stout, unrelenting and resolute defence of Onyendu, these enemies are really those who want me to compromise or dilute my standard but have met a brick wall in their several attempts.

I make bold to say that in the course of the defense of Onyendu and in all court cases involving members of IPOB, I have remained resolute, solid as the Rock of Gibraltar, unbending, incorruptible, forthright, steadfast, devoted and dedicated. I owe no one, including Orji Uzor Kalu, any apologies whatsoever for remaining defiant and unrelenting in my defence of Onyendu and members of IPOB.

The attempt at smear campaign by Orji Uzor Kalu is infantile, puerile and laughable. Orji Uzor Kalu is hereby advised to first embark on genuine introspection before taking the liberty to cast aspersion on anybody.

Thank you all and remain blessed Umuchineke 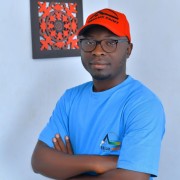 With Product You Purchase

Soludo declaration will not stand as INEC disfranchised over 300,000 Anambrarian

Turn off your adblock to continue...