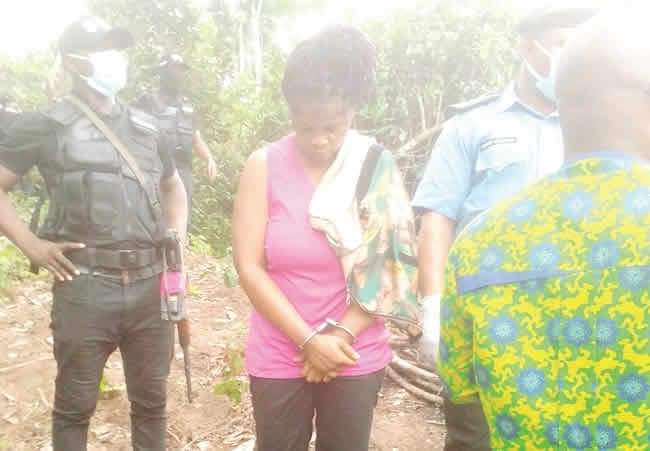 A special tactical squad of the Akwa Ibom State Police Command on Monday, March 29, 2021, stormed a kidnappers’ hideout in Mbiaso community, in the Nsit Ibom Local Government Area of the state.

The operatives, who killed three of the hoodlums during a gun battle, also exhumed the body of a businessman buried in the hideout.

The deceased, Onyeaka Ezewulu, was reportedly shot by the hoodlums while attempting to run when they invaded his house on Idoro Road, Uyo.

A source told our correspondent that Onyeka, who died after losing much blood, was buried in a shallow grave after the kidnappers collected N2m ransom from his family.

The source said the kidnappers’ hideout and the grave were discovered following detailed investigation by the police team, led by one CSP Julian Igbodu.
A suspect, Deborah Sunday, who assisted the police in locating the hideout, told journalists that three members of her gang abducted Onyeka on March 5, 2021.
She explained that the victim was shot in his right leg when he attempted to run, adding that he was bundled into a Toyota Camry and taken to their hideout.

Sunday confessed that she got her share of the N2m ransom the gang collected from the family.

A brother to the deceased, Patrick, said the China-based businessman, who dealt in exotic boxes and clothes, wanted to check on his family and business outlets in the state when he was attacked.

“Unknown to us, the hoodlums had already killed Onyeka before we paid them the N2m on March 10, 2021. That was why after the payment was made to them, we waited for days to see him regain his freedom, all to no avail.

“We didn’t know he actually died a day after he was kidnapped. That was four days before we paid the ransom,” he added.

The state Police Public Relations Officer, Odiko MacDon, described the incident as unfortunate and sad, and appealed to members of the public to provide useful information on criminal activities in their domains.

He lauded the tactical team for the feat, adding that the three kidnappers who attempted to escape on sighting the police were killed during a gun duel with the police team.