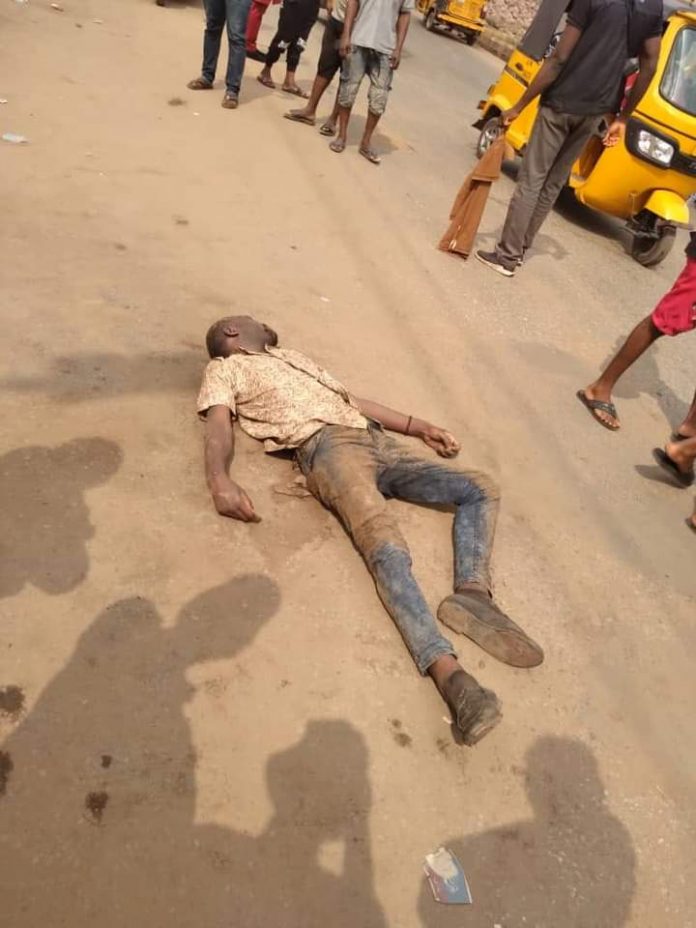 It was a tragic Monday morning as residents of Club Road, Awka, woke up to find the corpse of a man in his thirties along one of the major roads in the area.

The body of a young man identified as Chuka aka ‘Ado Na Idu’ was found dead along the road in the early hours of this morning.

It was still to be ascertained what led to the death of the man as the time of filing in this report, however men of the Nigeria Police Force were on hand to evacuate the corpse for investigation and autopsy.

A friend to the deceased, who was at the scene, said that the deceased suffered from epileptic complications and poor mental health which might have led to his death.

He also said that the deceased was a staff of the State High Court, Awka.

The body of the deceased has been deposited at the mortuary.