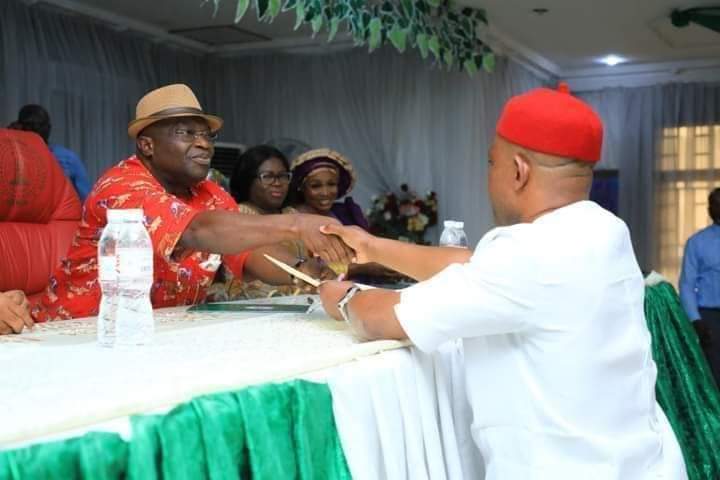 Speaking at the swearing in ceremony held at Banquet hall, Government House Umuahia, the Governor congratulated the new Deputy Chairman on his new office and charged him to cooperate with the Council Chairman to move the Local Government forward. He further urged the Deputy Chairman to work with the Chairman to conceptualize projects and programmes that would gladden the hearts of the youths in the area, adding that he should be in the forefront of mobilizing and projecting youths to participate in governance.

Governor Ikpeazu stressed that the reason behind conducting Local Government elections in the State consecutively through the life of his administration is to deepen democratic ethos and include youths in the governance process. According to him, Local Government tier is an arm of government where youths cut their teeth in politics and reminded him that his appointment is an opportunity to showcase himself in doing what his people want and not for personal aggrandisement.

Dr. Ikpeazu, who further said that he has been rewarded for his consistency and steadfastness in the party urged him to acquit himself well by leaving a mark on the signs of time.

The oath of office was administered in the new Deputy Chairman by a representative of the Solicitor General and Permanent Secretary of the Abia Ministry of Justice.

Umahi May Go To Jail, And Not Senate; See Why