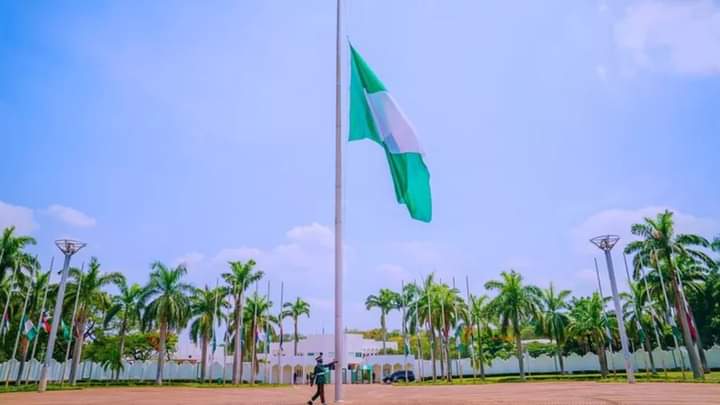 The Nigeria’s flags, home and in foreign missions, are to be flown at half mast in honour of the passage of Queen Elizabeth II, the Federal Government declared on Friday night.

According to a statement by Minister of Interior, Ogbeni Rauf Aregbesola, the flags would be flown at half mast on Sunday 11 to Monday 12, 2022.

The statement reads:” In honour of Queen Elizabeth II, the sovereign of the United Kingdom, Chairman of the Commonwealth and an eminent global personality whose passage to eternity was announced yesterday, the Ministry of Interior of the Federal Republic of Nigeria declares that all flags in Nigeria and our missions abroad be flown at half mast on Sunday September 11, 2022 and Monday 12, 2022.

“The Queen is dead, long live the king.”

Related Topics:FlagNigeriaQueen Elizabeth
Up Next