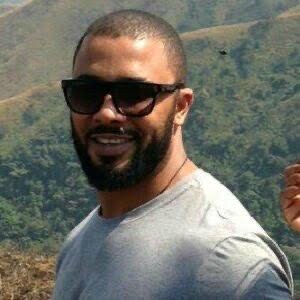 Sources who disclosed this to African Community News exclusively, adding that Kelvin Luciano Gabriel carries out the criminal activities, using his various accounts in the United Kingdom, China and Nigeria.

According to documents sent to us by sources, the Apapa local government vice chairman, said to live highflying life far beyond his means, deploys the use of his WhatsApp messages and voice notes to engage unsuspecting members of the public.

To facilitate his vicious activities, Gabriel is said to be in bed with some dubious workers of South Africa owned but Nigerian based communications company, DSTV and its sister organization, Multi-choice.

Our investigations on the allegation revealed records of WhatsApp messages and voice notes of various deals, including threats by some of victims after being scammed of thousands of Dollars and Pounds Sterling.

Further digs reveal that Kelvin Luciano has been in the dirty business for about 15 years now and made a staggering 700,000 UK Pounds from one transaction alone about three weeks ago.

Apart from defrauding victims, especially aged women for personal financial gain, he is said to be equally involved in using his Barclays Bank account in the UK and other accounts in China to launder money for “yahoo boys” and corrupt Nigerian politicians, cutting large percentage of the proceeds for himself.

Findings also revealed that Kelvin Luciano Gabriel shortchanges his partners in crime, in that, once money is paid to him, he would use some security operatives to harass and sometimes, arrest them, in order to limit the number of beneficiaries and the amount they are supposed to get from the crime proceeds.

We have in our possession, screen shots of WhatsApp messages between the vice chairman of Apapa Local Government and some of his links as well as voice messages exchanged between him and victims who expressed shock with his nefarious activities while other threatened to deal with him.

Also with us are voice messages between him and his links in Multi-choice Nigeria who also help him collect funds from wire fraud and romance scams using Multi-choice Accounts in Nigeria and the UK.