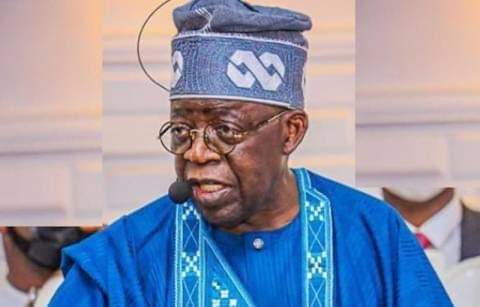 The truth is no true Igbo group or even a responsible Igbo man or woman will come out to speak the way this group has been quoted as having spoken. Igbos love Nigeria, this is why you find them everywhere in Nigeria. We go to the deepest forests and create new opportunities for ourselves and others, so, we cannot afford to engage in activities or rhetoric that will endanger the unity of this country.

Yes, there could be some charlatans among us that make themselves available to be used for dirty political jobs just like the group of charlatans purportedly banning Tinubu from campaigning in the Southeast. Tinubu sponsored that news. I know Tinubu’s political styles enough to know how he thinks and what he can plot. He might have made up his mind not to visit the Southeast during the campaigns and had to procure the services of some charlatans to make that statement. It could also be as a way of distracting us from the activities of his sponsored thugs who kept harassing Igbos in Lagos and frustrated efforts to get as many of them as possible to register to vote in Lagos.

As the Acting Youth Leader of Ohanaeze Youth Wing I received more than ten different calls and invitations from individuals who claimed to be allies and aides of the BAT seeking my support to get Igbo youths to endorse his candidacy. I know how much would have been available if I had accepted the invitation or as much as agreed to issue any of the statements they asked me to issue then, but I turned those offers down on the principle that the Ohanaeze parent NEC had taken a stance on the 2023 election and there I stood. There are not many people who will be broke like me and be proud of their being broke than going to accept certain gifts.

Tinubu might be setting the stage for further harassment of Igbo voters in Lagos and some parts of the Southwest during the campaigns and the election proper. He might also be aiming to hoodwink the millions of Yoruba and Southwest voters who have openly rejected his candidacy and opted for Peter Obi to see the upcoming election as a tribal contest. Fortunately, most Yorubas are wise and too enlightened to be swayed by such cheap tricks. They will vote for the right candidate who will brighten their future and salvage Nigeria and not for a “brother” who will ruin their future and wreck Nigeria.

Tinubu has thousands of supporters in the Southeast and among Igbos scattered all over Nigeria. He knows this and knows that when he comes to campaign in the Southeast he will be welcomed without incident. Igbos are not xenophobic and will not become one suddenly because there is a Tinubu contesting for President. We support different candidates and hold varied opinions on politics and individual candidates for election. We are not some kind of slaves or cattle that will be led by the rope to cast our votes for a particular individual or political Party, no matter how wonderful such a candidate is. Like every tribe in Nigeria, we have individuals of varied political persuasions and understandings.

Asiwaju should plan his campaign and he can be assured that he is very much welcomed to the Southeast, for as many times as he wishes to visit and his supporters will not be harassed like his thugs harass those who support other candidates in Lagos and the Southwest. Ndigbo are civil, tolerant, hospitable and democratic. We do not condone imposition of will or whims of any individual or group.

I wrote this in my capacity as the Acting Leader of Ohanaeze Ndigbo Worldwide – Youth Wing, and not as a supporter of Mr. Peter Obi or as an official of his foremost Support group.

Peter Obi Reveals One of The Best Assets Of Nigeria