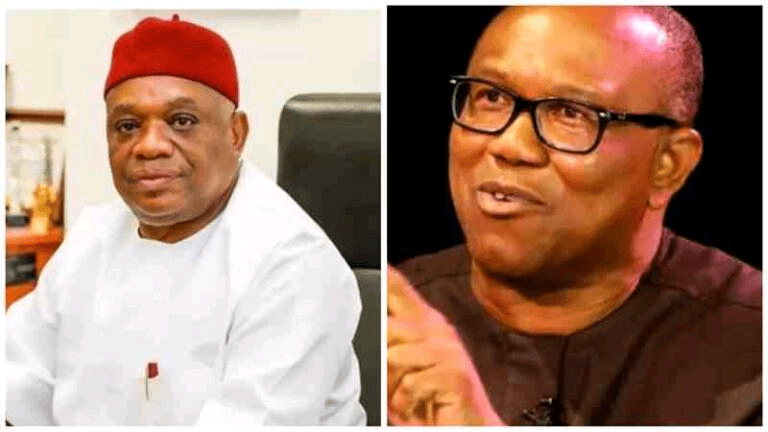 Obi, Labour Party’s Presidential candidate is seeking to become president in 2023, with a huge social media followership base.

He has no single structure to drive his ambition, but he believes that the people are his structure.

But Kalu, Chief Whip of the Senate while briefing newsmen at the National Assembly complex on Tuesday said the presidency was not a regional issue, saying he asked then that the political parties to zone the presidency to the South East.

“When they didn’t do that, and since presidency is not a regional issue, I had to withdraw. I have no problem with Igbo man being president. But we have to do it with other Nigerians.

“If we don’t do it with other Nigerians, it is not going to work, no matter how popular you are. It’s president of Nigeria, not president of Igboland,” he said.

“So, it’s a party business. I have no grudges against anybody who is running. So, it is not personal. It is political and party. This thing is about party winning elections.

“I have chosen to be in APC. Why will I vote against Tinubu? It’s madness, and I’m not going to do it. Elections go along party line, not along tribal line,” he stated.

He asked the Igbo people to wait for another time and see whether Nigerians would agree to zone the presidency to the Igboland.

“But for now, our presidential candidate is Bola Ahmed Tinubu. Tinubu is a strategic leader, he will make his presidency beneficial to the Igbo. The Igbo will be the biggest beneficiaries of Tinubu’s presidency” he said.

Related Topics:IgbosKaluPeter Obi
Up Next

2023: Fayose Pledges To Work For Atiku