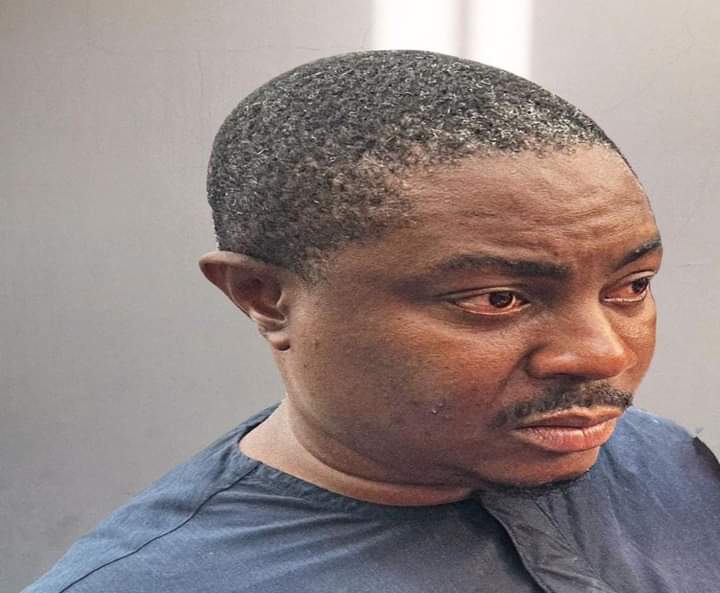 A detachment of the IGP Monitoring Unit has arrested a former member of the House of Representatives, Hon. Robinson Uwak for alleged criminal defamation of character against the member representing Bende Federal Constituency of Abia State, Rep. Benjamin Kalu, Igbere TV has learnt.

According to ABN, Hon. Uwak was arrested following his refusal to honour a series of invitations extended to him by the Inspector General of Police, IGP Usman Alkali Baba. A court of competent jurisdiction, therefore, issued a warrant of arrest against him.

Rep Benjamin Kalu who is also the spokesperson of the House of Representatives had demanded an apology from Uwak over the accusation of infidelity with his (Uwak) wife. He had threatened to approach the court upon failure of Uwak to tender apologies.

Hon Robinson Uwak who was a member of the 7th Assembly of the House of Reps had been accused by his wife Kezia Uwak of domestic violence which led her to leave their matrimonial home as he had alleged to continue abusing her physically regardless of her pleas.

It is noted that in the past few years, Hon. Uwak has lost his first marriage to domestic violence, with a divorce case still pending in court and a newly contracted marriage which like the First broke down on the allegations of domestic violence by the wife which has also been confirmed by the NAPTIP office.

This criminal intention to damage the character of Rep. Benjamin Kalu, led him to publish falsehoods in all the major media houses in Nigeria including electronic media, Facebook, Twitter, and various blogs with the aim to institute a smear campaign on his reputation.

In all these time, Rep. Kalu recalled that his
wife Kezia who is also a skilled photographer and a graphic designer had worked with him during his 2018/2019 campaign, while refusing to join issues or respond to any of the media houses, however, took the legal paths of petitioning through his lawyer Prof. Ernest Ojukwu to the Inspector General of Police.

Hon. Uwak who has prided himself to be untouchable by the law and the judicial system was will be expected to prove his allegations against Rep. Kalu when the case is brought before the court.

Gov. Umahi Denies Saying University Education Not For Everyone

Abuja-Kaduna Train: We Released Wife Of Terrorist, Children In Order For Victims To Be Freed – Presidency