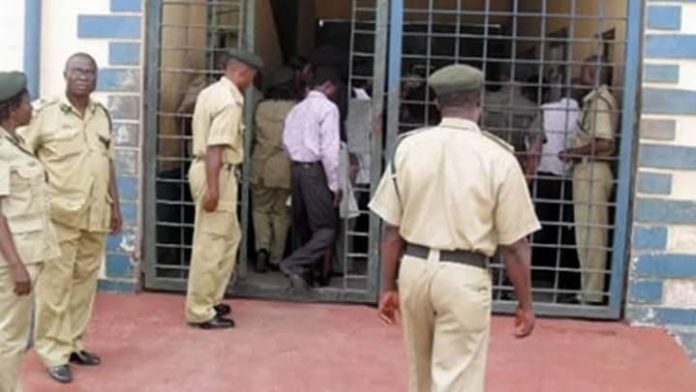 An official of the Nigerian Correctional Service (NCoS) has been nabbed after sneaking in over 4.8kg of cannabis sativa and eight Android phones into the correctional facility in Kano.

The illegal items were discovered on Thursday April 22. It was gathered that some prison wardens detected and seized the cannabis allegedly brought to some inmates on death row at Kurmawa prison.

The seizure reportedly led to resistance and the uproar from the inmates, while authorities promised to investigate how the illicit drugs got into the facility.

Spokesperson of NCoS in Kano state, Musbahu Lawal Kofar Nassarawa who confirmed the incident said one of their staff (name withheld) was nabbed for colluding with other dealers outside to sneak the seized items into the prison.

“We have arrested one of our staff who connived with these people to bring in 4.8kgs of cannabis and eight android phones to some inmates on death row, and that was why we had uproar on Thursday after our operatives have seized it.

“This staff who works in the facility was recruited just two years ago in 2019. We have already handed him over to National Drugs Law Enforcement Agency (NDLEA) for further action. He will be arraigned before court, and if he is found guilty, he can be suspended.

“We will find out for how long this has been happening and whether there are other people involved in similar scandal.”