Traditional rulers of the nine autonomous communities that make up Nsukka Town, on Sunday, said that Governor Ifeanyi Ugwuanyi of Enugu State is the first leader in the history of the state to bring modern amenities such as street and traffic lights, township stadium and good road networks, among other numerous development projects to the area.

The royal fathers said that Governor Ugwuanyi, who is the candidate of the Peoples Democratic Party (PDP) for Enugu North Senatorial District in the 2023 general election, went further to establish in Nsukka Zone, a specialised medical university and second university exclusively owned by Enugu State Government, the State University of Medical and Applied Sciences (SUMAS), Igbo-Eno, Enugu State.

They expressed gratitude to Governor Ugwuanyi for showing Nsukka the light of the day in spite of the state’s limited resources coupled with the nation’s economic and security challenges, assuring the governor that the people of Nsukka Town will deliver him overwhelmingly in the forthcoming general election to represent Enugu North Senatorial District in the National Assembly.

Speaking when Nsukka Town people organised a grand reception for their illustrious son who is the Chairman of Nsukka Local Government Area, Hon. Barr. Walter Ozioko, the traditional ruler of Owerre Nsukka Autonomous Community, HRH. Igwe Felix Emeka Ugwu, on behalf of the monarchs, stressed that what Governor Ugwuanyi, who graced the event did for their people are numerous.

Igwe Ugwu said Governor Ugwuanyi “gave us street lights, traffic lights, good roads and a new befitting stadium which no past governor in Enugu did for us.

In his welcome address, the President General of Nsukka Town Union, Chief Ishiwu Joe Onyeke, who reiterated the endorsement of the people of Nsukka Town to vote massively for Gov. Ugwuanyi, Dr. Mbah and other candidates of the PDP, disclosed that they honoured the Chairman of Nsukka LGA, Hon. Barr. Ozioko “in recognition of his giant strides in the development of the council area.”

Other speakers at the event including the representative of the Chairman of the occasion, Hon. Festus Onogwu, former Commissioner for Finance, Enugu State, Hon. Mrs. Vivian Eze, former leader of Nsukka Legislative Council, Rt. Hon. Celestine Ogbu, the President of Nsukka Youth Association, Onyekachi Omeje, Hon. Amadi and Hon. Barr. Ozioko, all spoke in the same vein, re-echoing Governor Ugwuanyi’s numerous laudable achievements in Nsukka zone and beyond and reassured him that their people will vote for him, the PDP governorship candidate, Dr. Mbah, and other candidates of the party in the state.

They maintained that Governor Ugwuanyi has garnered rich legislative and executive experience as a former ranking member of the House of Representatives and serving governor, stressing he will bring more remarkable developments to Nsukka Zone if elected as a senator in 2023.

In a related development, the founder of Power and Victory In Christ Ministry, Nsukka, Senior Prophet Dr. Kan Ebube Muonso, on Sunday predicted total victory for Governor Ugwuanyi, Dr. Mbah, Engr. Abba and all other candidates of the PDP in Enugu State at the polls.

Prophet Ebubu Muonso who made the prediction when he offered prayers for Governor Ugwuanyi and other PDP candidates, at his ministry in Nsukka, assured the governor that God’s great plan for his future endeavours will come to fruition.

Describing Governor Ugwuanyi as “a good man and a good governor,” the prophet revealed that “he (Ugwuanyi) is the only governor who took over the seat of leadership and remembered the youths,” adding that “he is a man who doesn’t stay quiet when he sees someone crying; he must do what will make you to stop crying.”

He urged the governor to remain focused and continue with his good works, reassuring him of the support of the church through unceasing prayers, saying: “We the people of Ebube Muonso gathered today to pray for all the candidates of the PDP including those who are not here for the success of their elections and that is what the Lord sent me to do today.”

Photos from the event: 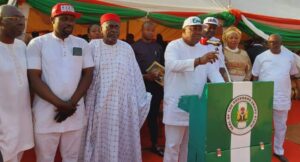 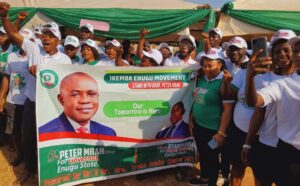 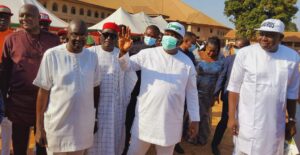 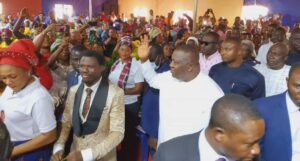 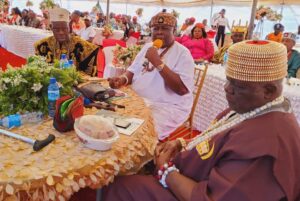 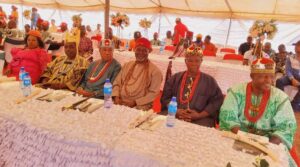 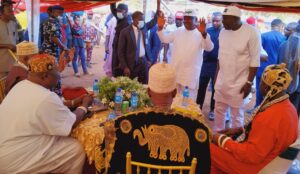 Ekwunife is the only Senator who remembered Okpuno, we will support her, Igwe Okpuno Declares

Ekwunife is the only Senator who remembered Okpuno, we will support her, Igwe Okpuno Declares