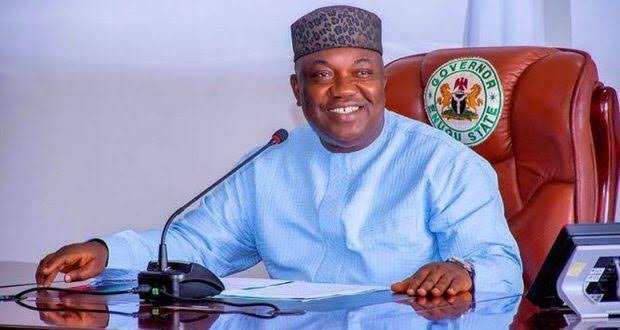 In Nigeria, the awkward practice of discontinuing with Government policies, projects and programs with the attendant consequences of underdevelopment as a result of reckless abandonments of previous administration’s works have made Nigeria Civil Rule – Democracy very expensive and wasteful. Sadly, this bad precedent is responsible for the infrastructural deficiency in our country, Nigeria.

Many Projects, Policies and financial liabilities of previous administrations have been abandoned across the nation for egoistic reason or for “justifiable” reasons.

The egoistic syndrome is often supported with the argument that every Governor must have his ” Own Projects”. The implication is that most successors now hide under this maladministrative philosophy to abandon important works in progress by the former administration. This have resulted to enormous wast of public fund. No country or State can develop fully without adherence to the Doctrine of Continuity in Governance.

However, reverse is the case in Enugu State under the able Leadership of His Excellency Rt. Hon Ifeanyi Lawrence Ugwuanyi (GBURUGBURU). While introducing several new developments ” his own” , the Governor of Enugu State have completed almost all the projects inherited from previous administrations in Enugu State. This is Prudency at work. Although some individuals will insist on the egoistic syndrome and misjudge Gov. Ugwuanyi for completing the projects inherited from his predecessor, however, the truth is that Governance without Continuity of Projects is detrimental to the Development we are clamouring to witness in Enugu State.

Permit me therefore to make an honest attempt in highlighting some samples of Continuity in Governance by Governor Ifeanyi Ugwuanyi led Government.

One of the responsibilities of a responsive Government is the ability to inherit and offset financial liabilities of previous administrations.

It is on record that Governor Ugwuanyi inherited financial liabilities upon resumption of office on May 29, 2015, but the peace loving gentleman decided to take responsibility because he believes that Government is a continuum. The pragmatic approach he adopted in managing Enugu State Debt burden is outstanding.

READ ALSO:  President Buhari Condoles With Kwankwaso Over Death Of His Father, Says He Was A Refined Traditional Ruler

Despite the huge financial liability inherited, His Excellency have managed to take care of the Debts silently in a time of recession(s).

While managing debts from previous administration, the Governor Ifeanyi Ugwuanyi led Administration maintained regular payment of workers emoluments up to 13th month. He also provided succour to pensioners in Enugu State in line with his policy of Welfare for All. It is imperative to appreciate the fact that other State are owing workers because they are offsetting old Debt but Enugu is paying Workers while offsetting old Debt. Only a technocrat like Governor Ifeanyi Ugwuanyi can seamlessly handle the situation as he has done.

In April 2015 (one month to the Administration of Ugwuanyi), Debt Management Office (DMO) revealed that Enugu State is among top 10 indebted states and most indebted in the South-East geopolitical zone.

Figures from the Debt Management Office, DMO, April 2015, showed that Enugu was indebted to the tune of N13.786 billion without domestic debts, to emerge the most indebted state in the South-East region. This is apart from the N11 billion loan request which the outgoing administration had sought approval for from the Enugu State House of Assembly.

Genuine observers are still wondering how Governor Ifeanyi Ugwuanyi is able to manage this huge debts profile without using it as an excuse to owe a worker a kobo.

While introducing new projects and Policies for the good of Ndi Enugu, Governor Ifeanyi Ugwuanyi (Gburus) administration have also continued to work on all abandoned projects in Enugu State.

READ ALSO:  Obiano gifts SUV cars to monarchs leaving out those who went to Abuja with Arthur Eze

Some of such abandoned project is the Enugu International Conference Centre, All the State owned General Hospitals in the three Senatorial Zones, Expansion and upgrade of state Judiciary buildings , Roads – , rehabilitations and reconstructions of abadoned roads , tertiary institution buildings Expansion and upgrade.

Just recently, Governor Ifeanyi Ugwuanyi, in fulfillment of his believe in Continuity of Governance , did approved the procurement and installation of external glass at the main auditorium of the hitherto abandoned Enugu International Conference Centre.

Today, Work is ongoing at the edifice. Certainly this is one project that will restore the image of Enugu as the capital of the East and open doors for conferences (such as the NBA Annual conference) that will revive the economy of the Coal City State.

In the spirit of Continuity, Governor Ugwuanyi have renovated and constructed over 800 school blocks, spreading across the 17 LGA of Enugu State. Some of the school blocks the administration inherited were dilapidated and structurally unfit for learning. Today, Enugu State have the best School environment in the entire South East.

This excellent leadership style – Doctrine of Continuity in Governance is required for us to actualize a well Developed Nigeria where Project is abandoned or wasted by succeeding administration all in the name of “our project and they project. ” Governor Ifeanyi Ugwuanyi have shown that he understands the benefits accruing to the state under the Doctrine of Continuity in Governance.

This is the standard and Governor Ugwuanyi have set the pace for other States to follow. 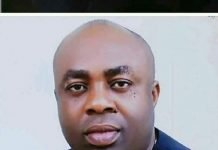 Group Insists on Wiper To Contest With Soludo As Deputy 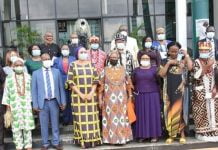