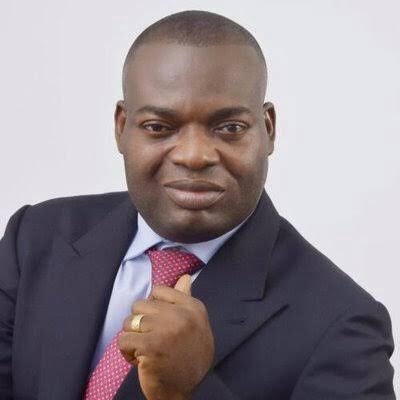 Inspiring and empowering stories of Dr. Tony Nwoye that touches the heart

*Dr. Tony Okechukwu Nwoye is a Nigerian politician, a former member of the Nigerian National Assembly of the Green Chambers, representing the good people of Anambra East/West Federal Constituency of Anambra State. A former Governorship Candidate of the People’s Democratic Party (PDP) in the 2013 election in Anambra State at 36 years and was also a Gubernatorial Candidate of the All Progressives Congress (APC) in the 2017 gubernatorial election at 43 years.*

*He went to Metropolitan Secondary School, Onitsha for his secondary education from where he proceeded to study Medicine at the famous University of Nigeria College of Medicine and later furthered his knowledge of medicine at the Ebonyi State University, Abakaliki for his M.B.B.S even against all odds and was sworn in as a Medical Doctor.*

*To Dr. Tony, “Life is what happens when you’re busy making other plans.” And …“A friend is one that knows you as you are, understands where you have been, accepts what you have become, and still, gently allows you to grow.” He believes that if you do it right, once is enough.” Being a child of positive destiny, Dr. Tony at 31 years became the State Chairman of the ruling party in Nigeria with all National heavyweight politicians, kingsmakers, and other powers that be.*

*Dr. Tony Nwoye’s stories are of grace and not Man-made. He has inspired and empowered so many youths and challenged them to work hard to meet their desired dreams accomplished. His pragmatic idealism is most emulatory amongst our youths who are desirous of getting into leadership positions.*

*Comrade Tony Nwoye as fondly called by Unionists, is a leader with respect, ever humble. He is humility personified. A Master strategist who believes in capacity building, human investment, mutual respect devoid of human acquisitions, class, age nor gender.*

*At 46 it can only get better. The sky is his starting point. His dreams for a better Anambra is his foremost worries and believes it can only be achieved through the permissible will of the Almighty God and whose appointed time is now.*

*Dr Tony Nwoye contested and won a seat to represent Medical Students at the university of Nigeria House of Representatives, Student Union.*

*That same year, he was elected the Speaker of the Student Union House of Representatives making him the first Medical Student to hold that office in the history of UNN’s Student Union Government. As at 2000 – 2004, Tony Nwoye was already a Household name in youth and Students movements. He led many struggles in pursuit of students and youths welfare against undue academic victimization and socio-political freedom.*

*By December, 2003, he was elected the National President, National Association of Nigerian Students (NANS). Being a man under grace, he broke the jinx as the first Igbo Student to become NANS President till date.*

*The services of Dr Tony Nwoye to the Federal Republic of Nigeria, being a man embellished with enormous divine capacities, could be seen thus:*

*Leader of the Nigeria Delegation to the World Youth Summit in Venezuela. -2005*

*Political offices held. Dr. Nwoye has been a very fortunate young politician blessed with all technical know how and has been in the corridor of leadership consequence to his outstanding prowess. In 2005, he was elected the Assistant State Secretary of PDP Anambra State, a position he held till 2006. While holding that office, he was elevated to occupy the vacant office of the State Chairman of PDP in Anambra State, not minding his age.*

*He assumed the office of the State Chairman of PDP from 2006-2009 and work assiduously for PDP in the 2007 general elections, and it is on record he delivered 30 House of Assembly seats of Anambra State to PDP, 10 out of 11 House of Representatives seats and 3 Senatorial Seats that produced Senators Annie Okonkwo of Anambra Central, Ikechukwu Obiora of Anambra South and Joy Emordi of Anambra North.*

*In 2011, the Young Tony was called upon by his people to represent them in the National Assembly knowing his competence, and without waiting for the recently passed Nigeria’s “Not Too Young to Run” Bill to manifest. He contested and won the seat to

represent Anambra East/West Federal Constituency at the National Assembly, but his Certificate of Return was issued to another person who never contested for the election. As a believer in the rule of law, he recovered his mandate through the court of competent jurisdiction on the July, 13th 2011.*

*As a young man loved by his people, and his people having considered the huddles he passed through in the course of representing them, he was re-elected again in 2015 for a continuous development and service to humanity.*

*Dr. Tony is a devoted Christian and married to Lady Ify Nwoye and they are blessed with children.*

*Your Excellency Sir, may you age gracefully and bountifully as you commemorate your birthday today. We say a happy birthday to you. And wishing you many many happy returns.*

*From all of us @Tony Nwoye Media Team: 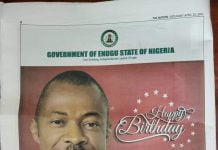 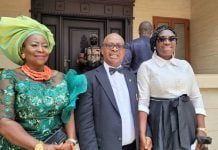 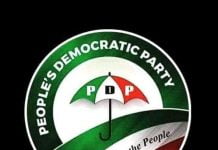