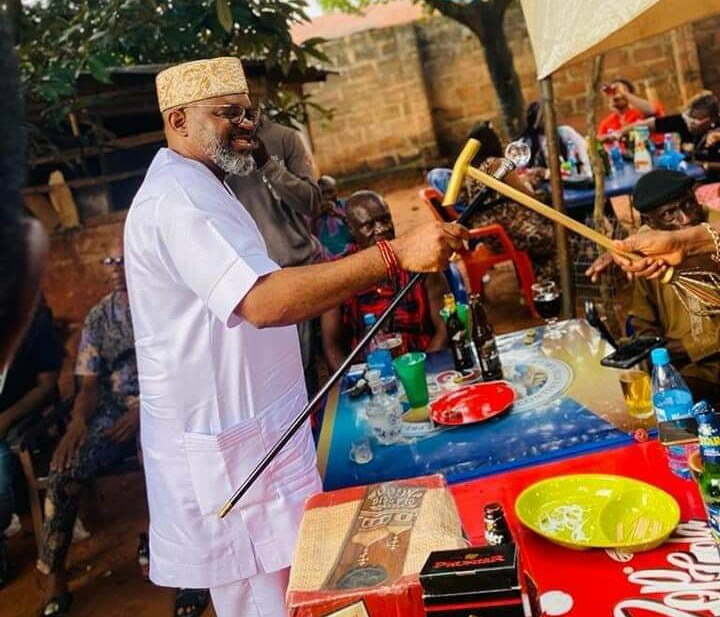 The people’s Democratic party in Awka North and South got it right by choosing Emeka Igwe to represent them at the forthcoming general election.

As the general election approaches, candidates have been doing what they deem fit that’ll appeal to the masses with a view to securing their endorsement and votes.

Emeka Igwe of the people’s Democratic party on his part has been emphasizing on the all inclusive representation that he’s bringing to bear in serving ndu Awka North and South at the Green Chamber.

The youthful Emeka Igwe has been engaging the youths, encouraging the students with scholarships and rewarding best performing students with with the requisite educational support over the years.

The energetic Emeka Igwe was all over the towns that made up Awka North and South, engaging women in their various localities, noting their challenges and has consequently vowed to hit the ground running once elected.

The youthful Chief from Awka kingdom whom his respect for traditional institutions has earned him three Chieftaincy titles from three towns of Awka as Nnanyelugo, Okpuno as Etoo dike and Ukpo as Ezelagbo,has continued to reach out to them in seeking ways to better Awka North and South.

There’s no better candidate for Awka North and South that’s genuinely interested in carrying everybody along apart from Emeka Igwe of the Peoples Democratic Party.

Let’s support him to serve us at the Green Chamber.

Awka North And South Federal Constituency 2023: Why It Must Be Emeka Igwe