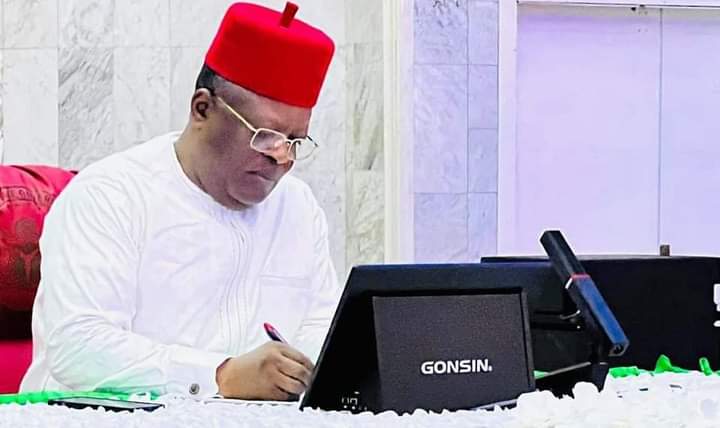 We Have Never Owed Salaries – Gov Umahi To BudgiT

The attention of Ebonyi State government has been drawn to a report recently released by BudgiT, an otherwise reputable financial rating agency, placing Ebonyi among states owing salaries for six months.

Without attempting to impugn on the integrity of the organisation, we wish to state categorically, that the report is outrightly false, and contradict all verifiable facts and evidence in the state.

It is on record that the present administration in Ebonyi State under Engr. David Nweze Umahi, FNSE, Fnate, from its inception, has never owed salaries of workers even for one month.

As a matter of fact, workers salaries have always been paid on or before 24th of every month up till July, 2022.

We hereby urge BidgiT to specify their source or remove Ebonyi state from the report as it has no business there. Curiously, all efforts to reach the organization through their advertised phone numbers have proved abortive as they are perpetually switched off.

Meanwhile, the supposed source for Ebonyi indices have denied sending such a report.

BudgiT and other such organizations are advised to always verify their facts properly before releasing statistics to the public, as incorrect reports are capable of diminishing their respect and integrity.

For the avoidance of doubt, BidgiT is advised to seek verification from the appropriate Government Ministries, Agencies and Departments in the State, including speaking with the Civil servants.

We cannot be deterred from delivering quality governance to our people while ensuring the best welfare for our workers.

Related Topics:BudgITGov Umahi
Up Next